Snowboarding the streets of Dartmouth 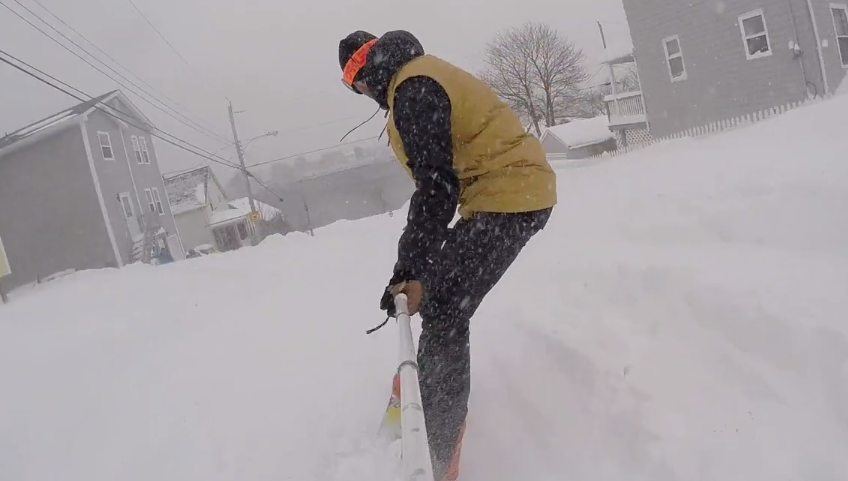 Adrian McLean had the easiest commute of anyone yesterday.

“I was in Whistler actually in February, and the streets of Dartmouth were ten times better conditions.”

When life gives you lemons, make lemonade. When the weather gives you 80 centimetres of snow, go snowboarding and “jump off stuff.”

That’s the joyful ethos behind Adrian McLean’s adventures yesterday in downtown Dartmouth. While the rest of us surrendered to winter’s omnipotence, snowboarder McLean grabbed his GoPro camera and shredded some of the buttery snowdrifts along Mott Street. You can watch the video (with a dramatic ending) below.

McLean was out for almost an hour yesterday during which time you and I were probably huddling with our cats and storm chips, dreaming of summers that will never come. The snowboarding aficionado says yesterday’s blizzard dropped some of the best snow he’s ever been on.

“I was in Whistler actually in February, and the streets of Dartmouth were ten times better conditions.”

Kudos to Adrian McLean, for seeing the positive in this hellish winter of snowy nightmare weather.