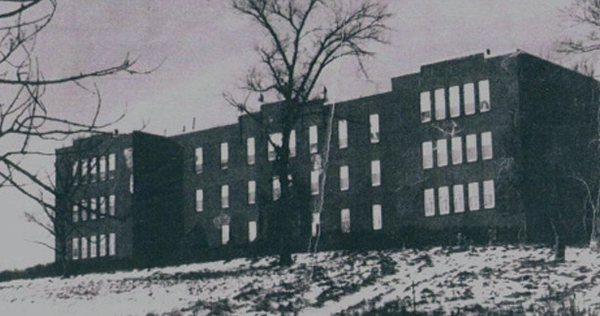 SUBMITTED
Survivors of Shubenacadie Residential School say their friends who died may not be located on the school’s property.

But that doesn’t mean nothing happened there.

Last Wednesday, the search for unmarked graves at Shubenacadie Residential School ended with no indication that children who died at the school were buried in the area searched. “I’m very grateful that no children were buried in the area, but I do believe there’s more area to search as well,” Sipekne’katik First Nation chief Mike Sack told APTN News on August 4.

More than 300 acres around Shubenacadie have been searched over the past two months, the process one of many taking place this summer after 215 unmarked graves were found at a former Kamloops, BC residential school in May.

Reconciliation means looking into Shubenacadie residential school, too: Nova Scotia has yet to find any graves at the site, but that doesn’t mean they aren’t there.

Jonathan Fowler, associate professor at Saint Mary’s University, said there was evidence of unmarked graves, but they are more than 100 years older than the founding of the residential school in 1930.

Here’s a video from Northeast Archaeological research explaining how they did the work, and that the bodies found are likely to be those of James and Sarah Ellis, Irish immigrants who lived there in the late 1700s. That grave is located on a hill near the front of the school on the “boys’ side,” and researchers say “this location is unlikely to have been used for clandestine burials” by the school as it was visible and directly beside the main driveway.

But just because other unmarked graves weren’t found on these 300 acres (the school's former 147 acres plus some surrounding farmland) doesn’t mean they don’t exist. “People in our community and survivors are convinced that people have gone missing,” Sack added.

The Truth and Reconciliation report also cites at least 16 recorded deaths of students forced to attend the Shubenacadie institution between 1931 and 1965.

On top of that, survivors believe the remains of some children who died at Shubenacadie may be in nearby Snides Lake, or have been disposed of in other ways. “What if there were children missing with the incinerator or other ways of going missing?” asks chief Sack. (The Truth and Reconciliation Report includes survivors’ eyewitness accounts of children dying by incineration.)

In total, 2,083 unmarked graves have been found this year since the first 215 at Kamloops. Add to this the 3,213 children who died according to the Truth and Reconciliation Commission, and that makes the total number 5,296.