Short-term rental rules to change in favour of Airbnb listers

The Lorelai Gilmores of Nova Scotia are concerned 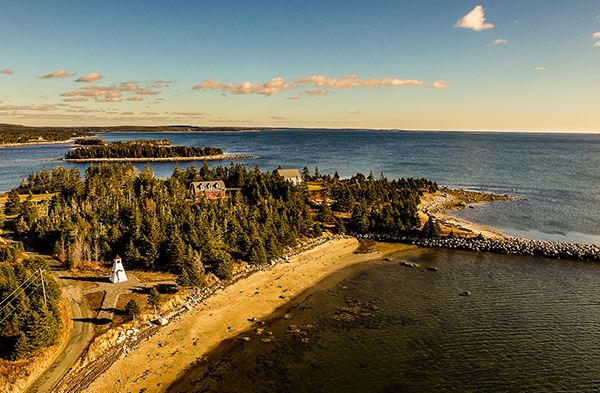 SUBMITTED
Seawind Landing Country Inn is a member of the tourism group Inns of Nova Scotia.

N ew legislation introduced last week will repeal the Tourist Accommodations Act and create an online registry for short-term rentals like Airbnb, but the new rules could instead open opportunities for enterprising hosts with a mind to avoid taxes.

David de Jongh, former Tourism Industry Association of Nova Scotia member and owner of Seawind Landing Country Inn—a member of the owner-operated tourism group called Inns of Nova Scotia—is skeptical of the bills. "Instead of tightening up on the rules, they're creating big loopholes for new businesses to walk through," he says.

"We were generally pleased to hear the minister remark that the tourism industry was built by legitimate businesses who took the time to create this marquee destination," says de Jongh, "but he doesn't see the impact of opening the gates to the unruly hordes out to make a fast buck."

Leading up to the introduction of the bills, minister of tourism Geoff MacLellan called together a working group on short-term rentals. However, TIANS pulled out of the group after just two meetings, disagreeing with the suggestion to repeal the tourism act which TIANS said was worth keeping. It asked for direct consultation with the minister instead.

Government spokesperson Kelly Bennett confirmed by email that TIANS did, in fact, give the minister recommendations through his staff. However, the tourism act will still be repealed if the bills are passed, and in a press release last week, TIANS announced support for the decision anyway.

"We believe today's announcement is a significant step forward," it said. It "goes a long way in addressing the proliferation of unregulated accommodation in the province."

That's where de Jongh sees a loophole: If the bills are passed as is, he worries that small hotels and inns could pay commercial tax rates while similar properties with more units could be exempt–as long as the owner claims it as their primary residence.

Without significant changes, says de Jongh, they could create an economic hierarchy based on little but novelty where establishment industries pay commercial taxes to build the economy, and shiny new industries don't.

The traditional bed and breakfast with five suites could be required to register and pay commercial taxes while an eight-suite building on the same street could be exempt.

On Monday both bills passed Law Amendments Committee without changes. The new rules will go into effect next year if they pass a third reading in the legislature.

"There's still some issues to hammer out," de Jongh says. "The only thing we're hopeful about is that we still have a year to get it right."