SHOP THIS: Family Over Fame

Local designer keeps his priorities straight with Family Over Fame. 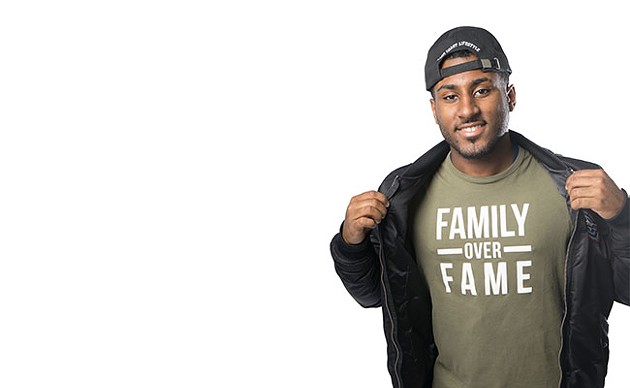 Austin Ermes
Alex Ross isn't wasting time. The 20-year-old designer and rapper (AKA Cunny Ross) was raised by his mother, grandfather and grandmother in Uniacke Square, where he learned the importance of family. Now, he's the brains behind the brand Family Over Fame.

Family Over Fame is an online clothing retailer, and a spin-off project from Ross' music career. He says his biggest achievement so far is collaborating with Alex MacLean, the founder of East Coast Lifestyle, in March of this year.

Ross has been working on Family Over Fame for three years, shifting focus from music and taking it seriously for about a year now and describes himself as a family man.

"A lot of people forget about family when they get the fame," he reflected. "I feel like a lot of people can relate to the brand because if you don't have family then what do you have?"

It hasn't a been easy. Ross says that one of the biggest challenges he had to learn while transitioning from hobbyist to professional designer is the importance of branding. He credits his success so far to his family and his creative team, as well as Youth Art Connection and Centreline Studio—but he's not done yet. Ross' next goal is to have clothes for sale in local retailers.

"I'm a lot more focused," he says, hoping that focus can pull him into the next level. Help him get there by ordering through FOF's Facebook or Instagram pages.