When the Money’s All Gone (Independent) 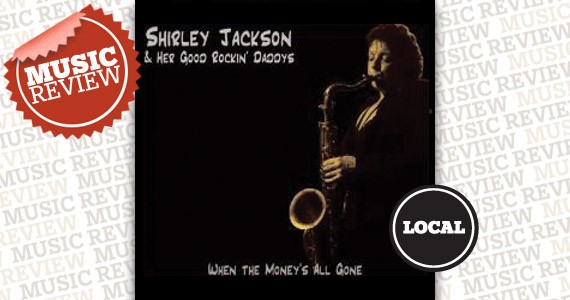 On their third full-length album, Jackson & the Daddys stretch out to let all seven pieces show what they can do. Guitarist Marc Doucet is a scorcher when given an opening. The title track features Dave Harrison on trumpet, Dawn Hatfield on baritone and Jackson on tenor saxes, each soloing amiably and economically. An engaging assortment of covers is mixed in. It’s on these that the tempo gets a little speedy for the blues. That’s an east coast quirk, to some a flaw. The exception is Red Prysock’s “Purple Wall.” Jackson is dreaming up sharp metaphors in tunes like “Jack’s Beanstalk.” This should expand the band’s appreciation society.