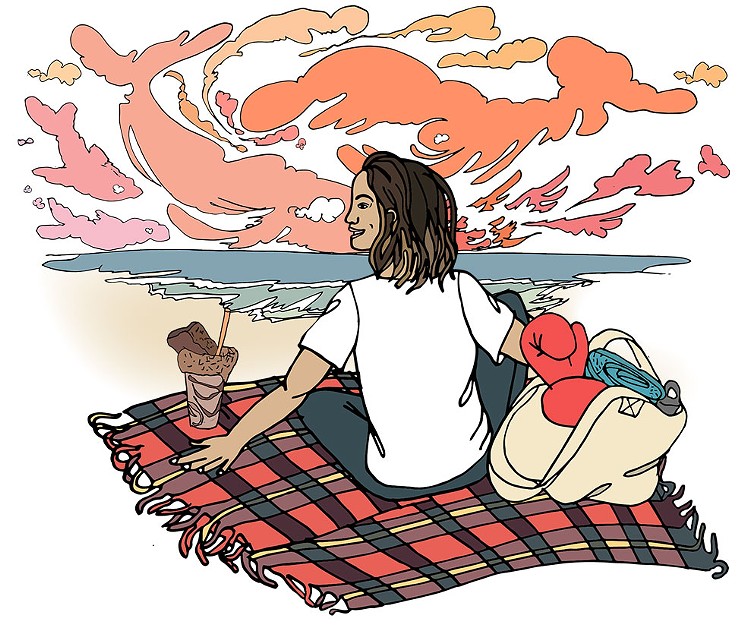 What makes the ideal summer day in the city for the star of CBC’s hit legal drama Diggstown.

When Shailene Garnett takes The Coast's call to talk about her ideal summer day, it's the sort of daydreaming fun she needs: She's been on the set of Diggstown—the Halifax-set, Dartmouth-shot CBC legal drama where she plays the brash-but-loveable Iris Beals—since early that grey morning, so planning a perfect July day is perfect fodder for her lunch break.

"I actually just joined a boxing gym in Dartmouth, I've been really into that recently," she says, starting things off. "I like to work out first thing in the morning or it just doesn't get done."

This established part of her routine while she's in Nova Scotia for Diggstown—which is currently shooting its third season, with seasons one and two set to re-air on CBC all summer—then frees her up for a loosely planned day full of fresh air. "I mean, I pretty much did this yesterday: Yesterday was my ideal day. I went to the gym, then walked back. Then, go to the beach—especially if it's a warm enough day that you can get into the water, or that the water's not freezing cold," Garnett says. "I really love hanging out at the beach, having a picnic. Just good vibes, good company."

"But—this is the big but—if I can merge that with going in the water and going to see whales? Oh my god. Season one, if you ask any of the cast, I would not shut up about my desire to go whale watching. And then I did! I went to Brier Island and saw seven humpback whales and it was such a trek to get there," Garnett says. "And come to find out that humpback whales usually travel in pods of two or three and we saw seven? And they went under the bow and they were so close to us that their mist gently kissed me on my cheek."

"It was like one of my highlights of my life, so I would love to see it again in a similar capacity," Garnett continues, adding that if we're blue-sky thinking (which we categorically are), "if I can kind of merge that with my beach day: I think that's pretty much it. Call me a happy camper."

When it comes time to eat, Garnett—who grew up in Toronto and Montreal—is making the most of her time on the east coast by getting into seafood. "I'm not crazy into seafood. I am immersing myself into it. But I have become very fond of fish and chips out here. I like salad, so I kind of do a half-and-half. So this is the thing: I like fries, I don't like chips. Chips are fatter and soggier. I don't particularly like that part—but I like the fish that comes with the fish and chips." For dessert? "I'd go to Flynn's in Halifax and get a brownie sundae."

She'll end her dream day in nature, too, adding that sunsets here are "out-of-this-world incredible." She says "I won't shut up about these sunsets! And I've travelled to a lot of places that have beautiful sunsets—but I always say that, hands down, Nova Scotia has the most beautiful sunsets. It's unreal."