Staggers Pub & Grub is one place to turn for a free meal and someone to talk with this holiday season. 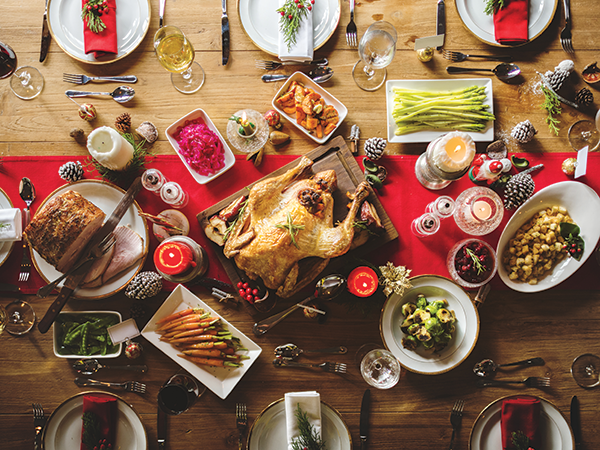 Welcoming people to a feast, no questions asked, is true holiday spirit.

December can be a lonely place if you don't have anywhere to go. As people are gathering around the table for turkey this holiday season, local businesses, charities and churches are doing their best to make sure no one goes without some festive cheer—and food.

In Dartmouth, Staggers Pub & Grub on Portland Street will hold a free dinner on December 25 that's open to anyone who wants to attend.

"The idea came from a person who's mother passed away in the spring one year way back when it started, and I just didn't want anybody to be alone," says Staggers' owner Debbie Phinney. She says food banks and soup kitchens often provide meals for those without, but she hopes the bar's event will also provide a sense of community.

"It's more about the socializing than anything, and that's what I encourage," Phinney says. "Cause people are home, there's nothing open most of the time, so you don't get to go and socialize with people."

"We do have a lot of food in Nova Scotia, but not every single person can get there, or knows how to get there, or can mentally get there, because mental illness is a huge issue."

This is the fifth year for the event, which will consist of turkey, ham, Cuban-style pork roast and all the fixings. Community members often bring desserts to share with others. "The pool table gets filled with sweets," adds Phinney.

Between 150 and 200 people usually come to Staggers for their Christmas dinner. Phinney says it's a combination of people who are otherwise alone, and folks who want to be a part of something special.

"There's a lot of single people, there's a lot of people that don't have children anymore. Some people lose their spouses and don't want to do anything, some people lose their children," she says. Although other local food banks and shelters are providing meals, Phinney thinks it's important to realize that not everyone has the means to attend those.

"We do have a lot of food in Nova Scotia, but not every single person can get there, or knows how to get there, or can mentally get there, because mental illness is a huge issue," she explains.

The in-house event isn't the only cooking Phinney does that day. Staggers also partners with the Dartmouth Rotary Club to deliver over 200 meals to people who can't leave their homes.

"That happens in the morning and I think deliveries go out around 12pm," she says. Then, cooking continues for Christmas dinner, which is usually around 5pm.

"I never exactly put a time on it because a lot of things can happen over the course of a day," says Phinney.

In total, about 20 turkeys, a half a dozen hams and a large pork leg are cooked. Phinney says they don't stop serving until everyone is fed.

"We close when I haven't served anybody new for an hour," she says.

Staggers depends on a group of volunteers to serve the meals. Each year, the list of volunteers is long and Phinney has never had a problem finding staff.

"Everybody who comes through the door, whether they're volunteering or they're doing it for the social aspect of it, or from the hunger aspect of it, every single person has a reason for being there."

Free holiday meals in the HRM

Saint Andrews United Church (6036 Coburg Road) does have a weekly drop-in meal from 4-6 on Sundays all year, but no meal on December 24 as previously reported.

Talking points to help you survive the holidays