Songs and stories that make up the New Music Issue 2017.

By Stephanie Johns and Jonathan Briggins

Let’s make a promise. Let’s promise to see one/35/all 101 of the new projects from this epic new music list this year. Want to see these new acts mapped out by genre? Check it.

You’ve got lots of time—365 days, and at least some of those days are weekends. After all, the sheer creativity and willingness to get on stage—even if it’s their first time doing so—is worth celebrating.

These bands, solo musicians and musical projects have all started up locally within the last year, give or take. That fact alone says a lot about the state of local live music. Venues may close, bands may break up and grant applications may be rejected, but nothing can stop the flow of new sounds. It’s out there, you just need to go experience it. If you’re housebound, most of these musicians have music online. In fact, we’ve created a streaming playlist to accompany the feature, it can be found here. Warning: There might be some swears. There might be some music you absolutely hate. But there might be some music you absolutely can’t live without.

This list was a labour of love, compiled by one person over a year, so if you feel that a group or musician is missing, just let me know at arts@thecoast.ca, I’ll add them online. -Stephanie Johns

TIEF UNTER
Inspired by “science fiction, personal and shared struggles, snacks, kitties,” TIEF UNTER’s (Elyse Moir, Susie Shapones, Stephanie Muise and Eric Diolola) sound covers intricate guitar lines with a punk patina. With a recording on the way, the group is continuing to make a go despite frequently not being in the same city. Maybe this tension adds to the energizing, frenetic energy of the music. “One or more of our members are often out of the province so honestly when we can we will be trying to write some music together,” says Moir. “Which so far we have done only a week or so in advance of each show we've played. It's worked pretty well but is a high pressure way to work and we love to take lots of dance and snack breaks, so it's hard to fit those in.” —Stephanie Johns 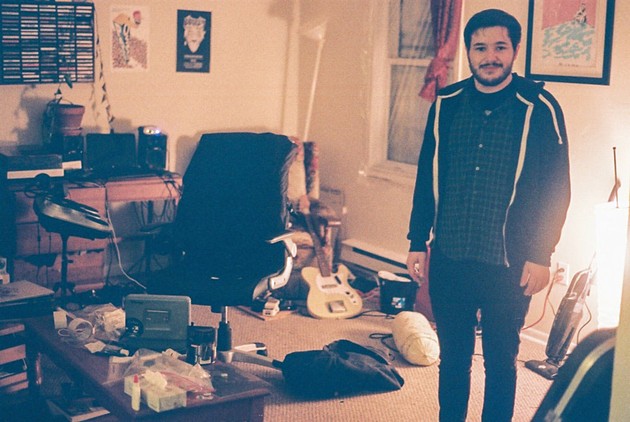 Bury Me At Sea 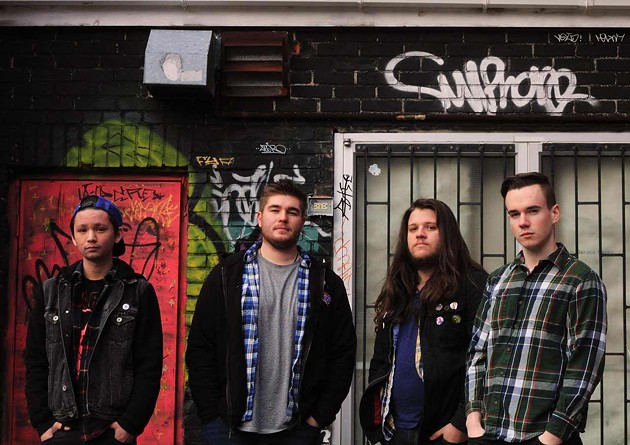 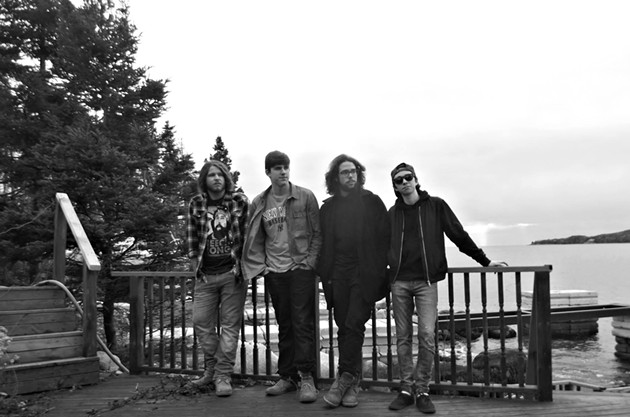 COYOTE ROCK GYM
When you’re in school, sometimes you just have to make the most of what you have to work with. The four members of Coyote Rock Gym met while going to Dalhousie and three were roommates. "It was pretty much entirely DIY, everything was done at my house,” says vocalist and guitarist Sean Carey. The band started with one mic, used electric drums, samples and changed recording styles from song to song.

“I want to be able to kind of move through genres,” says Carey. “But keep it all firmly riff rock at heart.” —Jonathan Briggins Jordan Haines
No, It's Fine

NO, IT'S FINE
emo revival 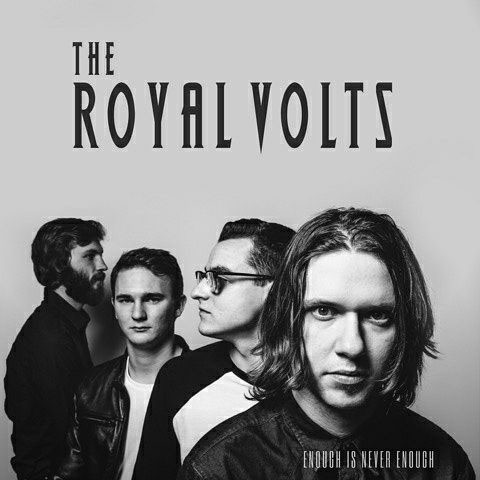 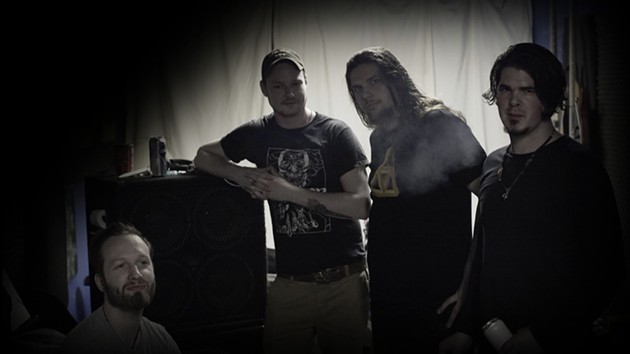 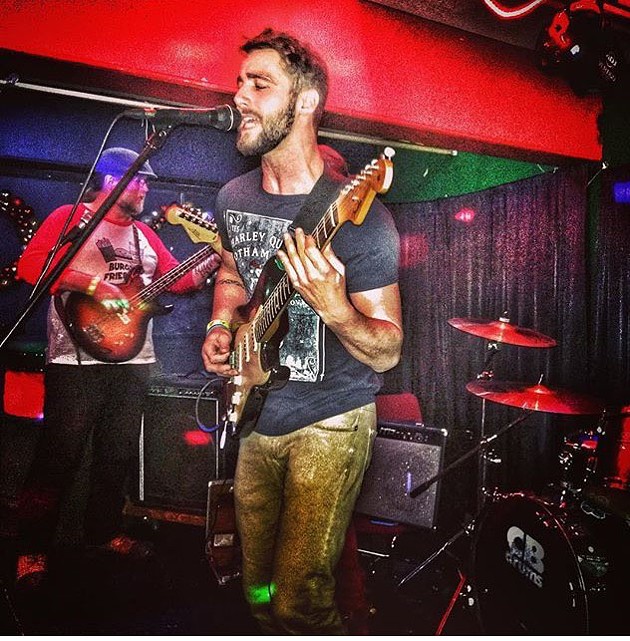 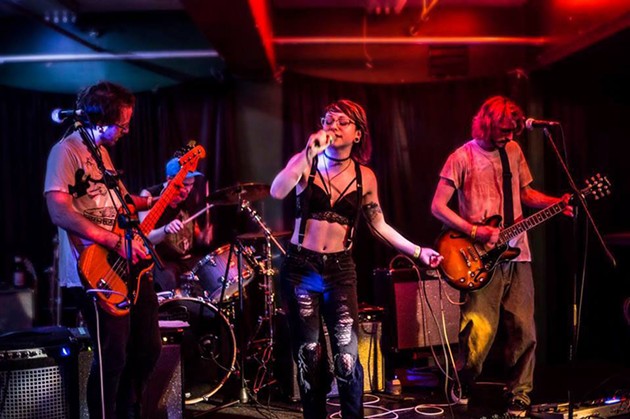 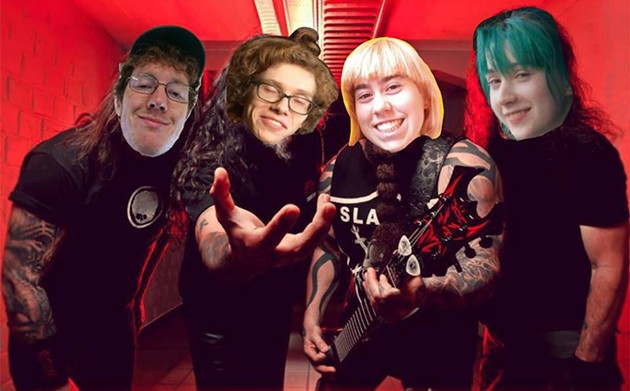 YONEDA
Releasing music is nothing new for Drew Yamada, but it’d been a while for The Super Friendz guitarist. “This was, until last fall, this was the longest I’d gone without playing a show in Halifax since the ’80s,” says Yamada.

Racing Toward A Red Light includes songs he wrote with past bands but didn’t get around to recording and a couple songs originally written for short films in the ‘90s. The record also gave Yamada a chance to hang out and play with old friends including Super Friendz members Charles Austin and Dave Marsh. “A lot of it was just Charles and I kind of goofing around and screwing around one-on-one and then we'd bring in different people along the way to help out.” —JB

THOMAS STAJCER
Thomas Stajcer grew up listening to pop punk and a lot of Blink-182 but he is on a completely different path now, writing country & western ballads. “I feel like I’ve finally found my voice in country music,” says Stajcer. “I find country music lends itself to a frankness in approach to songwriting. I don’t have to write a pop lyric that’s sort of vague to appeal to more people or something.”

Stajcer has an audio engineering background and works at New Scotland Yard. Naturally, he’s worked with Joel Plaskett, with the Dartmouth icon co-writing a pair of songs including one on an upcoming release. —JB 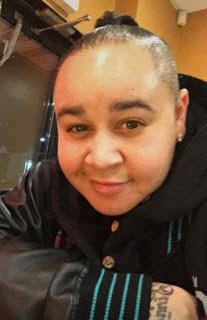 STAYREADY SWEETZ
There has likely never been, nor will there ever be, a first show as wild as Stayready Sweetz’s. Held at Hugo’s Bar & Grill last September, “Sweet’s September Seduction” was not only a release show for her stellar first mixtape, UNBREAKABLE SMILE: CHAPTER 1, but hosted—for the first time ever in Canada—female stud strippers from Atlanta and Baltimore. The over the top commitment to an unforgettable show is something that comes through in Sweetz’ songs—classic, confessional, heartbreakingly honest raps that show off her top shelf skill. Look for her second solo mixtape sometime this summer, in the meantime, daydream about what Sweetz can possibly do to top the last mixtape release. —SJ 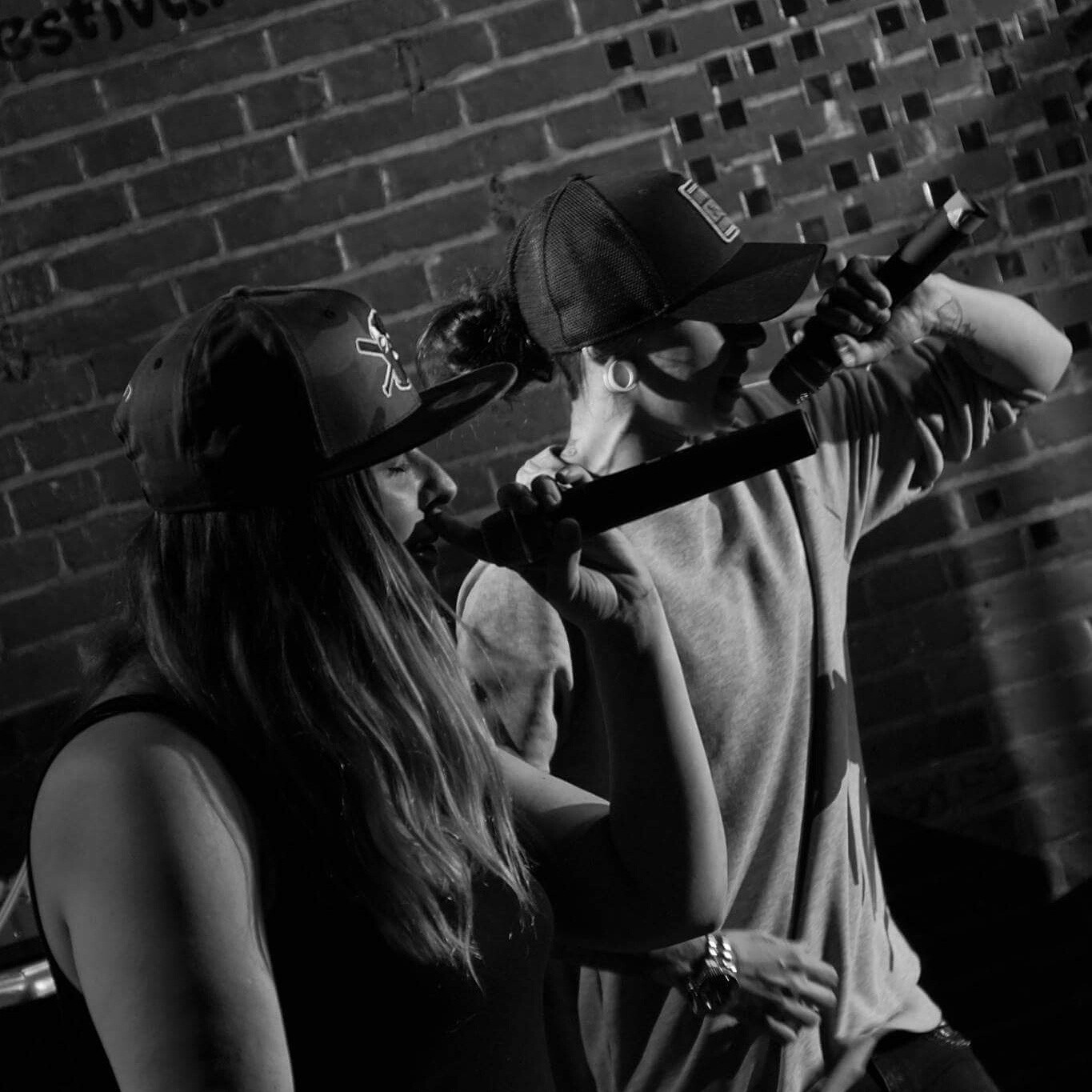 LAZEEZ
Making music is a full-band effort for the six-piece Lazeez. Vocalist Laura Gallant writes songs, drummer Ryan White composes music on a computer and pianist Behrooz Mihankhah also brings compositions to the band. "When we rehearse is when it all comes together. Everyone kind of adds something into it,” says Mihankhah of the music primarily influenced by R&B and soul music.

With improvised segments built into every song, the Lazeez experience is constantly changing. “The thing about our music is we can change the arrangements any time. Every show that we play can always be something different.” —JB 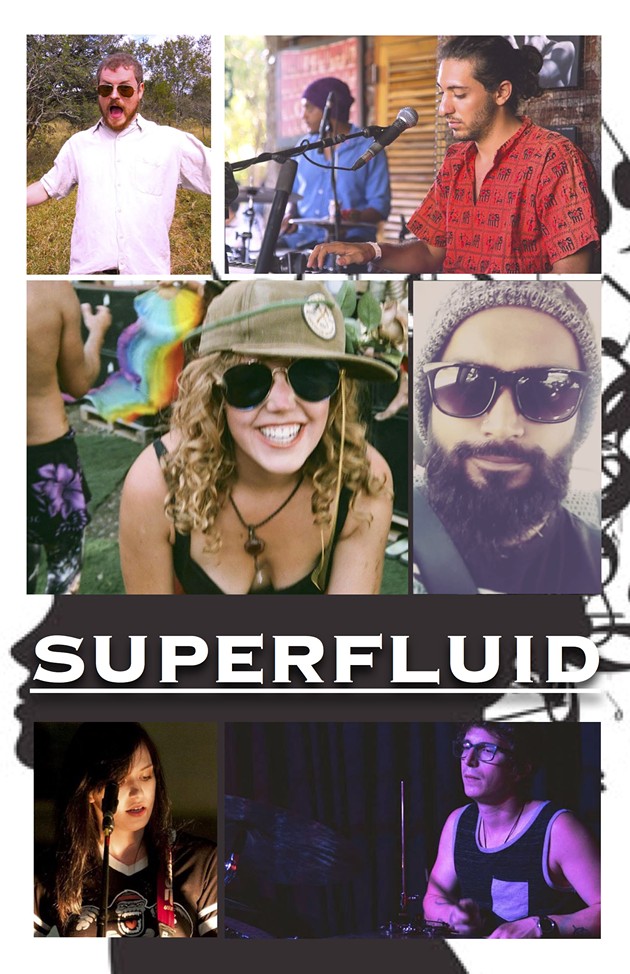 SON LATINO
Four members of the Latin music community were missing one ingredient to play salsa music properly—trumpet. After adding a trumpet and vocalist, Son Latino was born as a six-piece band. “In a lot of Latin music, especially salsa, the horns are essential,” says keyboardist Mauricia Duarte.

Salsa dancers are regulars as Son Latino play everything from the Latin classics to contemporary songs. But you’ll also find people looking to tap into the vibes of vacations down south. “Not only do we get the Latin community to come to our shows,” says Duarte. “We get a lot of Canadians that want to experience Latin music again or they're learning how to dance.” —SJ 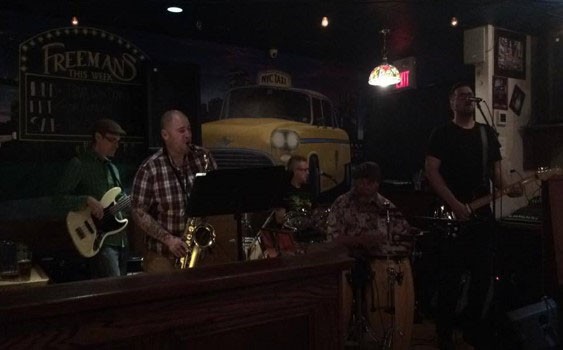 ARENYE
When Tosan Arenye first started making music in Canada, it was hip hop, but he wasn’t happy with the generic results. Now he makes smoother, afro-soul and shares stories of his transition from Nigeria to Halifax while dropping lyrics in English and Yoruba. It breaks the mold of what he was doing before and allows him to share his culture and language.

“I love Nova Scotia and I love Africa and I feel like I should be that bridge that connects both places,” Arenye says. “My life journey, my life story.” —JB 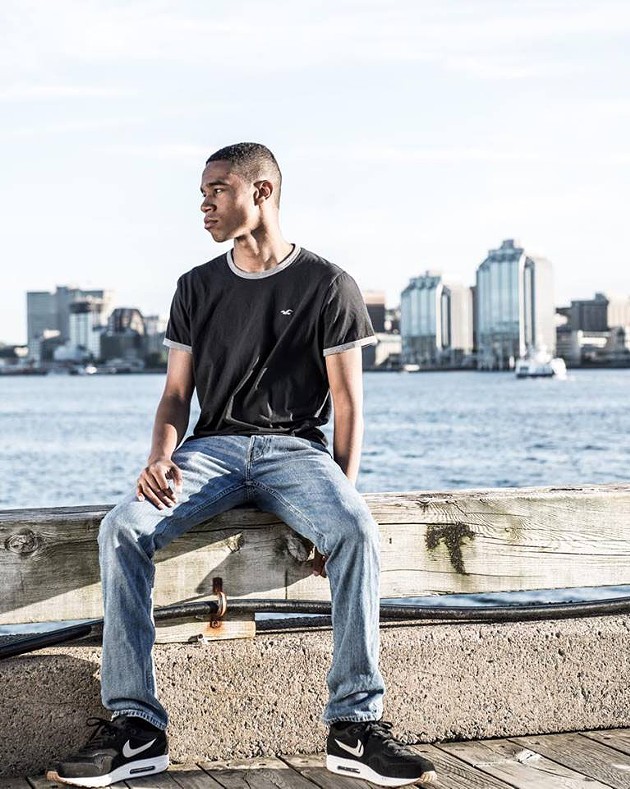 Ray Reaves and the Antagonists

AQUAKULTRE
Lance Sampson’s, AKA Aquakultre, Water Temple EP is elegant and richly layered, a stunning and mind-blowing first album. Inspired by the guitar-driven “I Gotchu”, Sampson got to work on writing more in that acoustically-minded vein, and letting the songs flow like water. “The name [Water Temple] comes from a Zelda game I know and love, and for me it also means the versatility I manifested with this project, because I used to rap and I thought that’s all I knew,” Sampson says. “The isolation that I have at work just makes what I’m thinking about come to life in a song. I’m always beatboxing in my head, and 90 percent of the songs on this project are composed through beat boxing. It starts with a rhythm in my head, and isolation finishes it.”

With upcoming shows at Evolve and a showcase slot at Sappyfest with Big Budi Band (“something I am extremely stoked for. Because I’ll be playing with all my favourite musicians and it’s such an honour”), Halifax can thankfully expect to see a lot more from Aquakultre. “I like performing in Halifax because it gives me a chance to represent where I’m from. And that’s Uniacke Square,” he says. “It has been nothing but an honour and a blessing to be out here and sharing my thoughts with music scene of Hali.” —SJ

MAXIMATA
An inadvertent keyboard stroke led to the name electronic musician Eric Diolola performs under. “I wanted to use my grandmother’s name—it’s Maximana—I just typed ’T’ and thought, ‘OK, this looks cute’,” says Diolola. He used to make ambient and melodic beats but shifted gears after his fellow Filipino friends started listening to bass music. It’s like he let the chill vibes ferment, and over time, it’s transformed into something weirder and grittier. "It totally freaks out and is funny, there's humour to it,” says Diolola. “But at the same time you can totally be smart with it. It's fun to mess around.” —JB 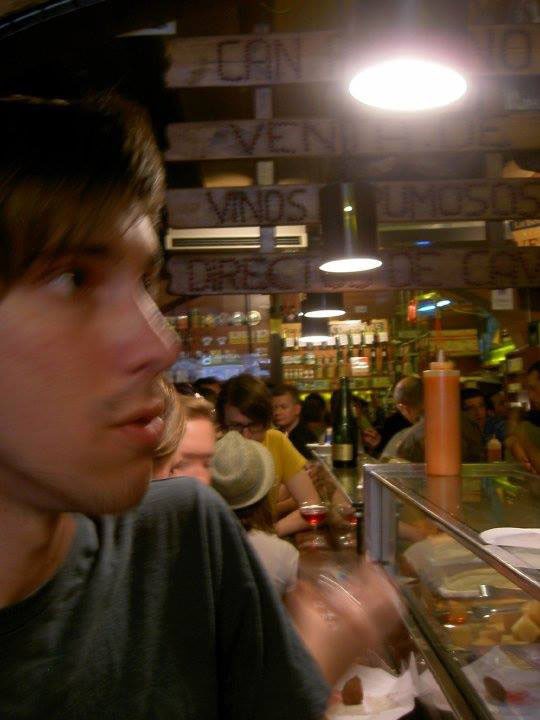 SARAH DENIM
The electronic pop music of Sarah Denim is a full-on audiovisual experience as she syncs her music to edited videos. She uses film as another layer to what she wants to communicate as she draws on life experiences to create art.

“Life’s strange and mysterious. If I'm making something in music, it's just a way for me to understand it. I think people in our world right now, we like to think that things make sense in a logical sense, but actually nothing does.” Sarah Denim will release a new video and single ahead of a performance at SappyFest this summer. —JB 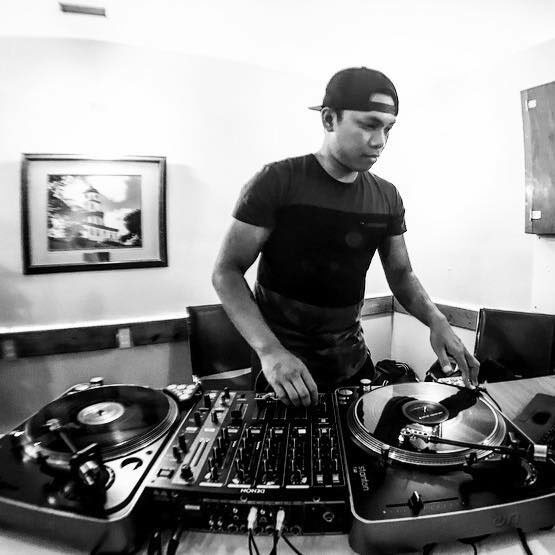 TWILIGHT EXPRESS
A Skratch Bastid performance in a high school gym was Codo Lowe’s first exposure to DJ culture and planted the seed that eventually led to Twilight Express. It further blossomed after taking a rhythm program in high school with local musicians Jesse Matthews and Lindsay Dobbin.

"This rhythm course, I thought it was just going to be how to DJ, but it ended up being so much more. It ended up talking about the history of dance music, about resistance to music and working within limitations,” says Lowe. "When I got into making music, it wasn't like I wanted to produce pristine tracks. It was more like I want to create a framework to improvise within electronic music for myself." —JB