Better buckle up for that summer road trip. 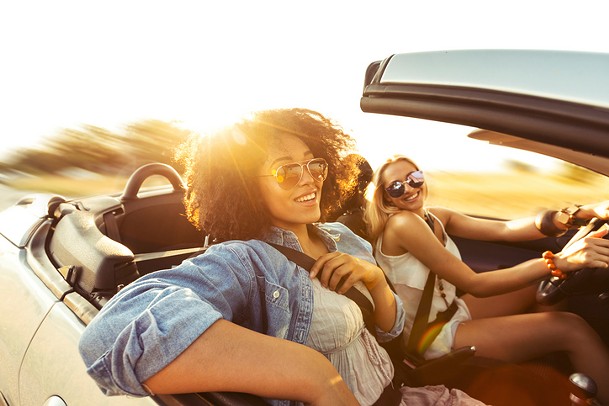 VIA iSTOCK
Seatbelts save lives, people.

Summer is the placid, carefree season when many Nova Scotians happily hit the highway. Sadly, it can also be a time for road wrecks.

In June, six people died in a week as a result of road collisions in this province. Three of those people weren’t wearing a seatbelt.

At a recent meeting of the Halifax Board of Police Commissioners, HRP representatives said seatbelt use is something police will be more proactive in targeting this summer.

Road safety is also on the agenda for this summer’s annual conference of the Canadian Association of Chiefs of Police. The event is to run August 12 to 15 in downtown Halifax.

“Seatbelts are one of the most effective safety features,” says CACP conference participant Robyn Robertson, who is also president and CEO of the Traffic Injury Research Foundation. “When worn correctly, (they) have been shown to reduce the chances of in a collision by 47 and the chances of serious injury by 52 .”

Robertson, along with the chief of police from Victoria, BC and a public-relations professional from the insurance industry, will be on a conference panel addressing distracted driving later this summer.

“More recently, there has been some concern that at least some Canadians believe that seatbelts are less important as vehicles possess more advanced safety features and become increasingly automated,” Robertson tells The Coast in an email. “This is not true.”

Nova Scotia’s seatbelt law came into effect on January 1, 1985. Although the legislation allows for exemptions—a doctor’s note is needed if an exception is made for medical reasons—crash investigators and public-health experts say there’s no excuse for vehicle occupants going down the road unbelted.

Most Canadians comply with seatbelt-use laws, Transport Canada says, but the seven of people not using their seatbelts account for about 40 of fatalities in car crashes.

In 2016, RCMP officers in Nova Scotia responded to 19 fatal and serious-injury collisions in which seatbelts weren’t used.

As the Chronicle Herald reported last January, data from the Department of Transportation and Infrastructure Renewal show 47 deaths occurred on Nova Scotia’s roads in 2017.