Sean Michaels Wagers double or nothing

The Giller Prize-winning author bets on a life well lived with his second book. 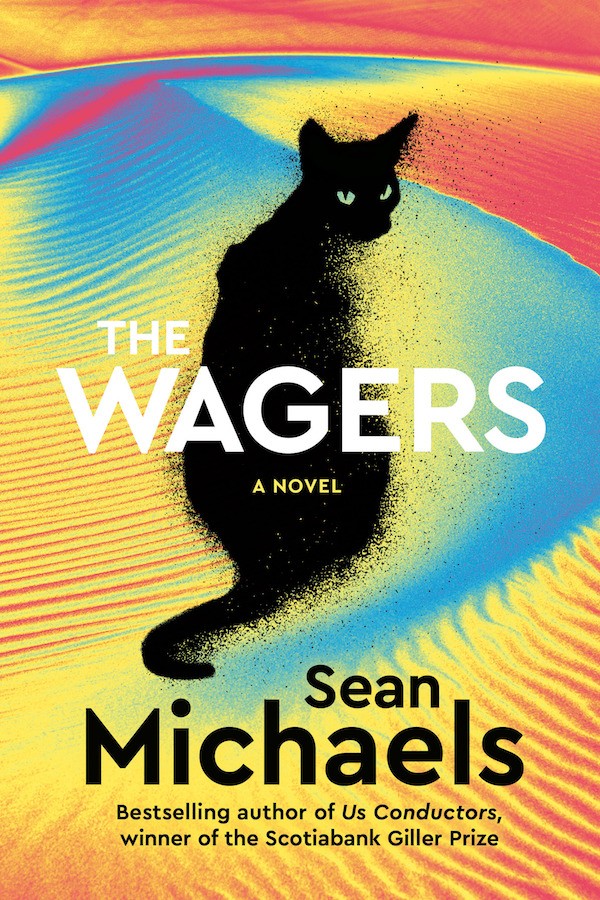 Michaels' The Wagers also stars a fictional Montreal full of strutting peacocks and mathematician gamblers.
Does art imitate life or does life chase art down the road, copying its particular posture? For author Sean Michaels, it's always been a bit of both. "I'd been chewing on questions of luck and the meaning of life for a long time—anyone who does creative things and wants people to look at it, anyone who falls in love or pays rent [does]," Michaels begins of the backstory of his latest book, The Wagers. After the pondering began, of course, he won the Giller Prize for his debut—2014's Us Conductors— which he describes as "an act of fortune" that made him deep-dive into luck's impact on his life.

The result? The Wagers is a story that fox-trots with fortune (or a lack thereof). Michaels says it starts as "a naturalistic family drama.” His site summarizes the book with the line: “It's the story of Theo Potiris, a grocer and would-be comedian, who throws it all away to start making bigger bets—with burglars and mathematicians, lovers and billionaires.” And then, as Micheals puts it, speaking by phone before a book reading in Charlottetown, "it ends in the Saharan Desert, with magical thieves being chased by robots that are owned by a Buddhist billionaire.”

The Kurt Vonnegut-inspired tome is, he hopes, “a thoughtful delight from A to Z” that’ll make readers think about “who they are and where they want to go.”

“These are weird times. We’re grappling with questions like ‘How can we be good to each other?’ ‘How can we stave off a fascist dystopia?’ but we still have to ask ourselves: ‘What is living for? Who do I want to be and why?’”

Ultimately, he bills the book—which he will be giving a reading of tonight at The Local Council of Women’s House (989 Young Ave) at 7pm—as a “magical heist novel about luck, art, labour and the meaning of life—but as much as it’s a think-y book, one of my antagonists is a literary award-winner who won the Tim Horton’s Prize,” he says with a laugh. “I want it to feel like Vonnegut in how it handles the absurd and the serious.

“I like books that are like trap doors—you plunge into another tale and the book you think you’re reading abruptly becomes another book,” Michaels says. The Wagers does this twice, before leaving a smile on your face and a Rihanna song stuck in your head. All we can hope for is the one-two-step of life, art and luck will work out so well for each of us, too.