SCIENCE MATTERS: Marine protected areas are one piece of a complex puzzle 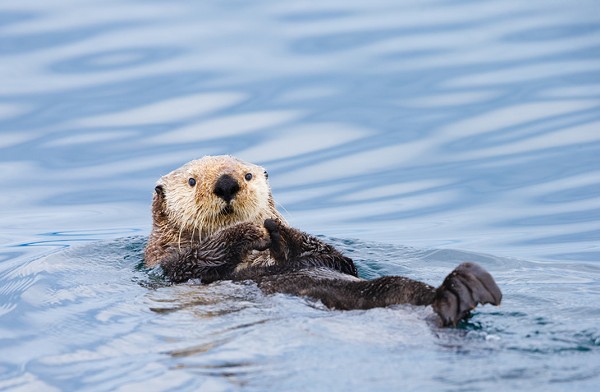 via iStock
A sea otter off of British Columbia.
The federal government recently created two marine protected areas in the Pacific region and has committed to ocean protection from one percent to 10 by 2020. But will this be enough?

Canada has the longest coastline of any nation, but our country doesn’t end at its ocean shores. With a 200-nautical-mile economic zone and international obligations, Canada is responsible for almost three million square kilometres of ocean, an area roughly the size of British Columbia, Alberta, Saskatchewan and Manitoba combined.

Although that’s a big area, thinking of the ocean in square kilometres is just skimming the surface. The ocean isn’t just a cold, wet seascape blanketed by howling winds. Below the surface, life thrives throughout the water column, top to bottom, warm or cold, winter or summer.

Northern aquatic food webs are rich with creatures of all shapes and sizes, from tiny plankton, urchins and sea stars to fish, orcas and sea lions. That the world’s largest living creature ever, the blue whale, feeds on some of the smallest, plankton, is astonishing in itself. Yet the plankton thread in the food web doesn’t end in the whale’s stomach; whale poop is also a critical part of the marine food web, cycling nutrients from the surface to creatures at the bottom.

The way otters keep kelp forests healthy by eating sea urchins is one of interconnected relationships in Canadian coastal waters. Although barnacles and clams live in a single location, some whales and fish travel thousands of kilometres within a single season. Salmon don’t even have the ocean as a boundary, swimming far inland to spawn.

How can we understand and manage such complex systems? Natural cycles in Canada’s coastal waters include currents, tides, upwellings, migrations and seasons. Trying to predict how multiple factors like pollution, industrial fishing, climate change, ocean acidification, glass sponge reefs, ships, rights and title claims, kayakers, recreational fishing lodges and renewable energy sites will interact with these cycles is becoming increasingly more complicated, and important, than ever. With all these uncertainties and complexities, how can we know if marine protected areas are effective?

To understand how creating a refuge works, let’s go back to a simple 1936 study of an “ecosystem.” It was a test tube with two microscopic single cell species, prey and predator. In that oversimplified ecosystem, the predatory species ate the and then died because, without prey, they could not survive.

Putting material in the test tube so the prey could hide and multiply changed everything, creating a variety of unpredictable outcomes. However, one pattern emerged: It was far more likely that both prey and predator would survive.

Expanding the concept to marine protected areas, this simple experiment bodes well for one top predator (humans) and prey (fish). Even though science can’t predict whether protected areas will help specific stocks increase, evidence suggests they show promise as “nurseries” for fish and other ocean wildlife and can provide a buffer against our lack of understanding.

Canada’s two new Pacific marine protected areas shield magnificent, fragile glass sponge reefs near Haida Gwaii and important seabird nesting sites on the Scott Islands. Safeguards are in place to protect the glass sponge reefs and the countless species that use them for refuge. However, current protections for the area surrounding the Scott Islands are too vague to reduce threats to the millions of seabirds that depend on the forage area to breed and feed.

With pollution, climate change and increased shipping and development along Canada’s coast, it’s more important than ever to reduce the risks to ecosystems that provide us with the fish we eat, the air we breathe and the bounty of nature we love. Marine protected areas on their own won’t be enough to do all that, but with strong regulations and safeguards, they’re one piece of the intricate, multidimensional puzzle.

Science Matters is a weekly column on issues related to science and the environment from David Suzuki, written with contributions from David Suzuki Foundation communications specialist Panos Grames. Learn more at davidsuzuki.org.

For climate’s sake, save the peat!