Rock Candy to close after 15 years

Customers can still get their band merch fix online from Rock World East. 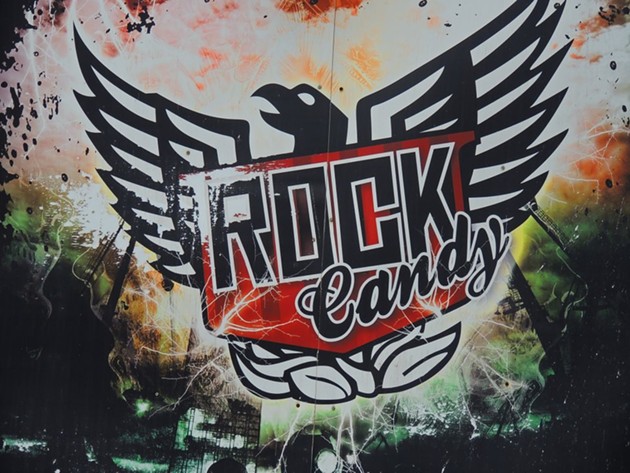 “I’m grateful, for the city and the people,” he says.


In a Facebook post that reads “We just fucking want to sleep in from now on!” Crow goes on to thank his employees and the city for years of loyalty. No finger-pointing involved.

“We feel like we’ve been given everything. We had employees that worked right through until they finished their law degree,” says Crow. “I’m very proud of them, they always took big risks and bettered themselves while using the shop as their foundation.”

It all started back when Sunday shopping was illegal: Crow met a friend on eBay that would sell him cheap shirts from Ontario and sold them at the Penhorn Mall flea market. People loved it, so after meeting a few friends, he decided to open a storefront.

“This was when Black Moore just started and Hellacaust was big. The nightlife was thriving people would window shop and come back the next day to get the shirt they liked,” says Crow. “And we got those windows kicked in a lot which is fine, no big deal.”

With about 30 t-shirts on the walls and a couple lunch boxes, Rock Candy opened its doors. And the city loved it.

As the music scene was booming, people swarmed in throughout the years for their favourite band merch. Crow acknowledges the changes in society and the rise of online shopping.

He also reminisces on some of the craziest days. He tells a story about when Metallica came to town, and with the rollercoaster weather, the temperature suddenly dropped.

“We had 150-200 people in Metallica t-shirts lined up to get Metallica hoodies,” Crow says with a chuckle.

This being just one of the many highlights he has throughout the years.

“It’s not the flashiest thing but I met my wife there now I have three kids with her and I love her like crazy,” says Crow.

Sister company rockworldeast.com is still in full operation, employing about 20 people in a 16,000 square foot facility in Dartmouth. Crow is proud that there will be no layoffs from Rock Candy closing.

“Another highlight is the people who helped me and the great things they are doing with their lives in places beyond working at a t-shirt shop,” he says.

As for Crow, an avid surfer, he will continue shredding waves and slinging shirts.