Review: The Souvenir will leave you waiting

The 1980s-set film follows a torrid affair at a lumbering pace. 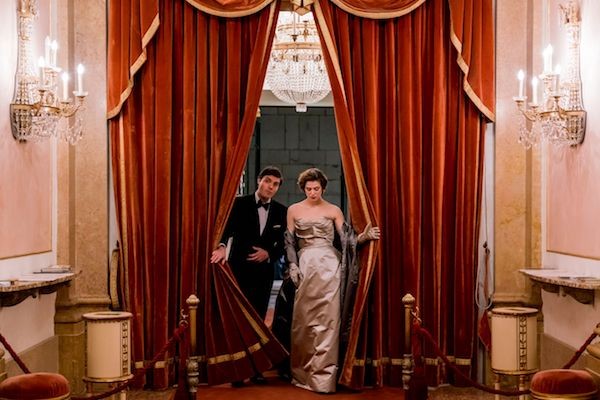 
The extent of one's enjoyment of director Joanna Hogg's The Souvenir will be determined by whether a film being strong in almost every individual aspect can make up for the fact that its pace is almost unbearably slow. This coming-of-age story is sure to be divisive, because while it can resonate emotionally at points, it is never consistently engaging.

The story of a young film school student who enters into a toxic relationship with a wealthy (but heroin addicted) older man, the flick is a passion project for Hoggs, who based the film off of her own experiences.

That passion is clear in all aspects of the film, from the incredible performances of its two leads (plus another strong performance by Tilda Swinton in a supporting role) to the claustrophobic atmosphere created by strong cinematography.

The portrayal of the central relationship is where the film is at its strongest, as we see two people that care for one another but manage to still bring about the worst in each other—leading to disastrous consequences in the films final moments.

The central issue holding the film back? There doesn't seem to be enough story or content to carry the two hour runtime. While a slow pace isn't necessarily bad, it feels as though some scenes meander and run out of things to say but still continue on regardless. This leads to the film feeling dull and a sense that it could have been much more.

There is good, emotional content within this film, but it never truly reaches its full potential—because it's simply a boring watch. It can only be recommended for the most patient of people willing to look past an overbearingly slow pace.

Nine holiday markets to hit up this month