The women in the cast are the play's driving forces. 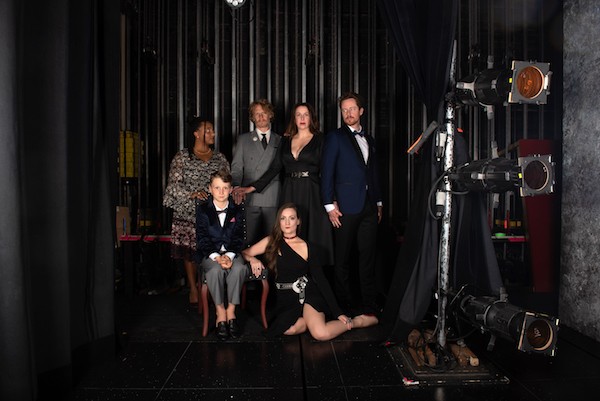 Stoo Metz photo
The cast of The Last Wife keep several love triangles simmering throughout the play's two-and-a-half hour runtime.
The first moment of The Last Wife drops the audience in mid-conversation. Katherine Parr (Stephanie MacDonald) is speaking to her secret lover, Thom Seymour (David Patrick Flemming), whose relationship will be doomed mere moments later when King Henry VIII asks her to be his wife. So, what is she to do? Play the game, of course.

And what a game she plays.

Kate Hennig’s The Last Wife is the first part in her Queenmaker trilogy, which premiered at Stratford in 2015 to much acclaim. What Hennig does with these stories of Tudor England elevates what could be stuffy material, infusing it with modern language and sensibility. The sexy sheen allows a new way into this world, relating to the characters in contemporary terms.

In Neptune’s mainstage production, the costumes and music are worth the price of admission alone. Costume designer Janet MacLellan gathers impeccable dresses and jewels and every costume change is an event. Aaron Collier’s beautiful score is a minimal techno track echoing Philip Glass and John Carpenter’s Halloween theme.

The plot is full of political intrigue, domestic tension, and the constant threat of violence. Somehow, Kate navigates it with integrity and grace, but not without fear. Here, Kate is the smartest of them all—and MacDonald plays her nuances with a bareness and vulnerability that is also her character’s strength. We understand her motives, and empathize with her actions. She stands up for herself and the women around her, and we are made to feel the constant danger in this.

The play runs two and a half hours and if the first half feels languorous, the second half all but makes up for it. Thankfully, we get more of Lesley Smith, who is especially great as Henry’s hilariously icy daughter Mary, a straight-shooter who is often cruel but knows her worth.

Thankfully, we also get slightly less of Henry (Jodee Richardson), who seems stuck in a different play, barking every line and showing no visible interiority. He is all performance. He is a dying king, after all. The play’s best moments are in the absence of men. They might have been done away with altogether.

The women of The Last Wife outshine the men in every way possible. I suspect Katherine Parr would be pleased.


The Last Wife runs until Oct 6 at Neptune Theatre. Showtime information and tickets can be found at neptunetheatre.com.