The experimental classical quartet's 2020 LP leaves the garden path for the forest. 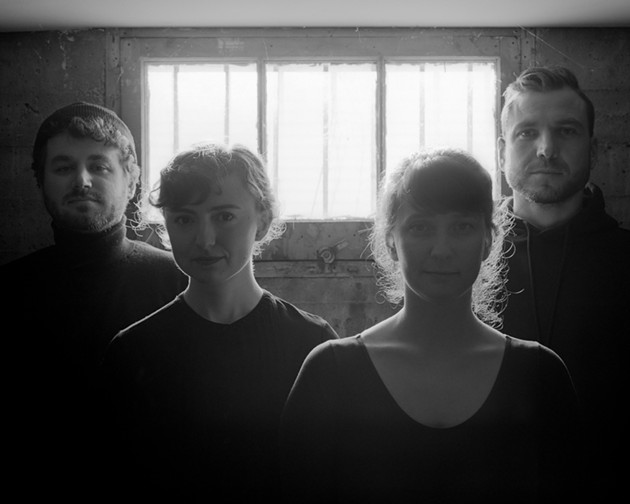 Most music — at least much of the top 40 — relies on predictability. It’s what our ears want: Catchy choruses, the comfort of melody.

But experimental classical quartet New Hermitage’s upcoming album Unearth throws predictability to the wind —much like 2020.


The quartet leaves the garden path to wander amongst a shadowy forest of uncertainty, crafting songs that explore tension, foreboding and comfort in equal measure.


There’s a startling amount of contradictions in the Halifax/Montreal group’s 11-song offering.

Songs that are improvised seem crafted to perfection: A plunging depth in minor chords is carried upwards by a shimmering clarinet of positivity. A thread of dystopian discordance unifies the sounds into delightful cohesion.


"Boiling Off, Collecting Vapour" crafts themes which fade throughout the album, almost as if an image of the whole is being erased, giving way to a moodier and more fragmented sound: Clarinets muted and piano keys tumbling into the abyss.


This is headphone music (for lack of live viewing opportunities—though an album release show will be held September 19), with subtle static and rustling adding a foreboding that is never diminished, only questioned and toyed with in songs which lilt into the light just as quickly as they recede into the foggy shadows.


Andrew MacKelvie wields the saxophone and bass clarinet, with India Gailey on the cello, Ross Burns on guitar and Ellen Gibling on the harp. From the balance of instrumentation it’s clear these musicians have immense respect for each other’s craft: No one steals the spotlight. The songs slide between instruments effortlessly.