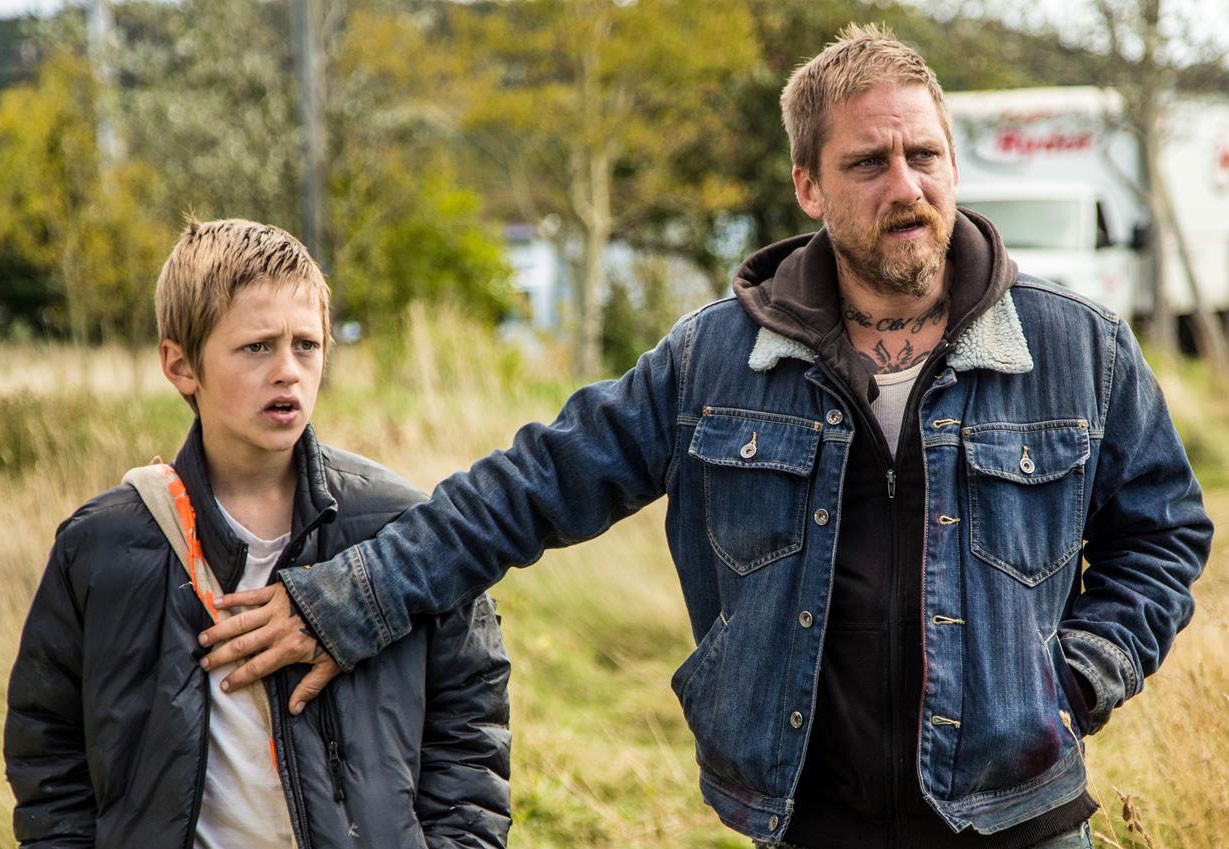 Between the isolation, landscape and accents there’s something distinctive about films made in Newfoundland, a combination that folds too easily and accordingly into the “regional” box Telefilm wants to shove movies from these parts into, while giving off that UK vibe movies from Nova Scotia and New Brunswick don’t. The most successful Newfoundland films lean folksy—see last year’s The Grand Seduction, Young Triffie in 2006 or 2001’s Rare Birds—while the quieter things like Grown-Up Movie Star or Crackie slip by less seen. So it's with great interest that Christian Sparkes’ debut Cast No Shadow arrives, a creepy fantasy taking place inside a boy’s head (and maybe outside of it). Sparkes took a gamble hanging this dark story on the shoulders of a 13-year-old, but he lucked out with Percy Hynes White, the son of actor-writers Sherry White and Joel Thomas Hynes, who wrote the screenplay and appears as Jude’s abusive father. Mary-colin Chisholm is along as a spooky neighbour with secrets, but Hynes White ably handles the heavy lifting as a troubled youth coming unhinged, convinced there's a troll in a nearby cave who is at the root of all of this. It’s not one minute of fun, but it’s equal parts scary and sad, and adds another dimension to the art of the already impressive province from which it comes.