Resolutions for Halifax from Haligonians

Over 250 ideas to make HRM a better place to live.

For the 2013 Well Being Guide, we recently conducted an online survey which included the question: What's a resolution you'd like to see Halifax make (and keep)? Over 250 Haligonians suggested a resolution for the city, and taken together they represent an awesome statement of intent for a better HRM, from saying yes to developers to saying no to racism. To get a sense of what it all means, we pumped all the resolutions into the neat Wordle service, which automagically made this word cloud where the more something is mentioned, the bigger it gets. Hint: Haligonians are thinking a lot about downtown. To get a sense of what each resolution means, you can read them all right below the word cloud. 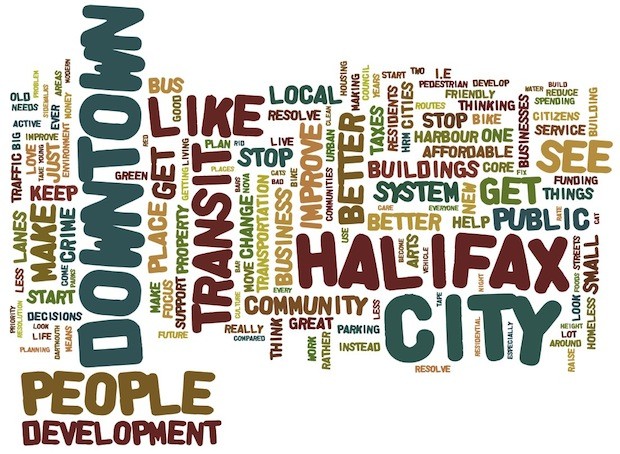 Hundreds of resolutions for HRM meet the Wordle service.

What's a resolution you'd like to see Halifax make (and keep)?

Speaking of Well Being Guide