Communications Nova Scotia
"Some of this crisis was created by just population growth success, people want to be here and that’s great…but the reality is a large part of the problem has been, quite simply, the government," premier Tim Houston said.

“It’s just not fair to the renters of this province... to make them pay the price for the failures that brought us into this situation,” said premier Tim Houston.

Until the end of 2023, rent in Nova Scotia cannot be hiked above a two percent annual increase. Premier Tim Houston announced the measure—a two-year extension of the pandemic-time rent control measure first set out in November 2020—today, following weeks of public pressure on the government amid the housing crisis. The PC leader, who has repeatedly expressed his opposition to rent control, said it still isn’t a solution, but it’s needed until housing supply has improved. Houston blamed the former Liberal government for inaction on the housing front while in power.

“We know that it’s just not fair to the renters of this province, for the tenants of Nova Scotia, to make them pay the price for the failures that brought us into this situation,” Houston said Wednesday during a press conference about housing. 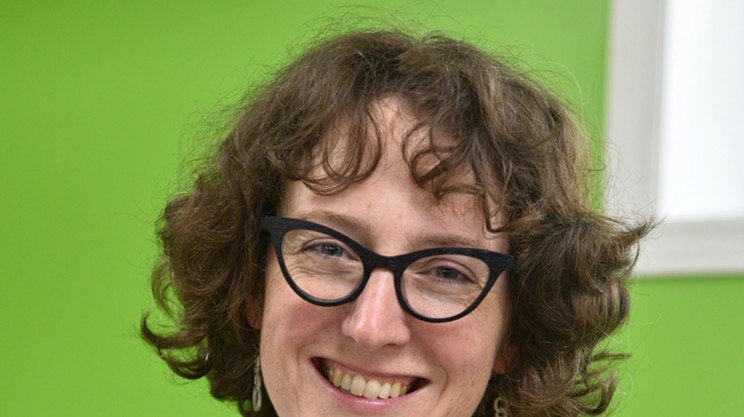 Voice of the city: A premier should consider housing a human right: Not just a financial commodity.

“Some of this crisis was created by just population growth success, people want to be here and that’s great…but the reality is a large part of the problem has been, quite simply, the government," he said.

The rent cap extension comes with funding announcements: The province will spend nearly $35 million on 1,100 new affordable housing units over the next several years, and will immediately offer rental supplement for 425 people. It will also put more than $10 million towards transitional housing, shelters and community organizations that support unhoused Nova Scotians.

The government isn’t sure how long it will take to get the affordable housing projects moving, especially given the current shortage of skilled labour. The province has announced an income tax break on the first $50,000 any trades worker under the age of 30 makes in Nova Scotia

“These things take time, but we believe we can make considerable progress and get things started, get things moving along,” Houston said. “We’ve kind of given ourselves a deadline of two years to make sure we have some real progress here.”

The $35 million is $10 million more than the former Liberal government announced it would spend on housing. At a technical briefing this morning’s announcement, provincial housing department staff said that the $25 million proposed by the Liberals this summer was never spent or approved. Former premier Iain Rankin said while there wasn’t action with the $25 million because of the election, the cash was approved by the treasury board at the end of June.

“There’s such a thing where public outcry is so great it can’t be denied,” NDP leader Gary Burrill told reporters Wednesday.

Burrill called Wednesday’s announcement a “dramatic major victory” for Nova Scotia community organizers, housing advocates and tenants who’ve been pushing the issue of rent control forward. The NDP campaigned largely on rent control this past summer, which won the party six seats—three of which are in central Halifax and one in Dartmouth. The party continues to advocate for permanent rent control measures.

The Coast
“There’s such a thing where public outcry is so great it can’t be denied,” said NDP leader Gary Burrill.

Burrill said this is a win for the Nova Scotians who shared their personal concerns about rent hikes, attended demonstrations and wrote to their MLAs over the past several months.

“We can see this is a resplendent victory for those who have continued to raise their voices for rent control in Nova Scotia. I have a deep sense of wanting to give credit to all those who have been a part of this public outcry,” he said.

The former Liberal premier agreed with Burrill that this announcement is a win. Rankin called it a good day for government and for opposition.

Along with the funding, the province says it will create an HRM task force for developing residential projects with members from the province and municipality. The province also wants a regional transportation group to plan HRM transit, which sounds a lot like the existing Integrated Mobility Plan from 2017.

That moment when you realize four years of work to get the Prov bureaucrats and MLAs to understand the Integrated Mobility Plan has been for nothing, and they still don't know this work was done four years ago.

Councillor Waye Mason said in a tweet he realized “four years of work to get the [provincial] bureaucrats and MLAs to understand the Integrated Mobility Plan has been for nothing, and they still don’t know this work was done four years ago.”

In a statement, HRM said it's pleased with a number of measures in the new plan, but it's hoping for more detail from the province about the creation of a joint task force. Mayor Mike Savage says he's looking forward to working with housing minister John Lohr and the premier.

Wednesday's plan came with the introduction of new amendments to the Residential Tenancies Act, which the province expects will provide more protection for renters, particularly from renovictions. With the changes, tenants must be notified a minimum of three months before being evicted for renovations; currently there is no minimum notice requirement. If a renter doesn’t agree to leave the unit, the landlord must apply for an eviction order and they will be required to compensate the tenant for one-to-three months rent.

With the new amendments, landlords will be able to introduce rental increases that aren’t tied to the lease anniversary date, but they are still limited to once a year and the same notice is required.

Of the $10.1 million the province is putting towards supporting unhoused Nova Scotians, $4.2 million will go to organizations that provide emergency shelters, and $1.6 million is earmarked for the Mi’kmaw Native Friendship Centre to create Diamond Bailey House, which will be an Indigenous supportive housing initiative in Halifax. The province will also cover $76,000 of the house’s first year startup costs.

A total of $1.3 million will go towards short-term hotel stays and “wrap-around” support for those temporarily living in hotels. The province will also give $713,000 annually to maintain operations at Shelter Nova Scotia.

The Elizabeth Fry Society of Mainland NS and the John Howard Society, which both help people transition out of correction centres, will receive $931,000 for this work. Adsum for Women and Children will get $630,000 to launch a diverting families program in East Preston, which will then be piloted in Shelburne, Yarmouth and Digby. This program will provide direct support to families who are experiencing homelessness or impending homelessness.