The longtime Coast restaurant reviewer as known—but not seen—by her former editor. 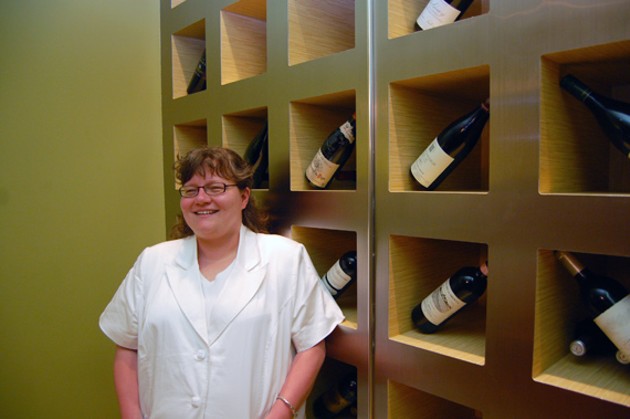 In 2009, when she retired as The Coast's restaurant critic, Liz Feltham allowed herself to be photographed.

Liz Feltham was my Snuffleupagus. Though unlike Big Bird, I was the person who didn’t get to see her.

I was sad to learn that she died, succumbing to Amyotrophic Lateral Sclerosis on Monday, October 15. She was living in Victoria with her husband, Mike, and had been blogging about the disease as it progressed. Her final post—"Does this urn make my ash look big?"—describes end-of-life planning. Liz wrote it in March, just before ALS stole mobility from her hands and thus her ability to type.

Between 2002 and 2005 Liz and I corresponded weekly over email. I was the managing editor at The Coast and she was our food columnist. She wrote fair reviews, about every type of restaurant in town, and she always hit deadline. But I never, ever met her.

For the longest time it didn’t bother me. My newsroom days were insanely busy and there were enough writers missing deadlines to keep me too preoccupied to really notice. I knew she worked as a cook at the Casino and lived in Bedford. I probably knew her postal code off by heart from payroll paperwork. But I didn’t know what she looked like.

I came to understand that’s what food writers do, they stay anonymous. OK, I said, I get it. The restaurants can’t know who you are. But I can barely boil an egg. Surely you can meet me.

It became a bit of a running joke in the office. In 2009, when Liz retired from the food columnist position (and long after my tenure at the paper), editor Kyle Shaw wrote about finally meeting her at the Best of Food party that year, as well as my unsuccessful attempt to hand-deliver a cookbook to her house a few years earlier. Not surprisingly, I was out of town and unable to make the Best of Food party.

Liz always had an idea for her next column and her list was an education in itself. She gave the same thoughtful consideration to each restaurant—whether it was a trendy new hipster joint (back when hipster anything was new), a food court eatery or a mom-and-pop shop that had been around for 30 years.

I learned what a food snob was and how Liz was not one of them. She provided details about her meal and her dinner companion’s. Presentation and flavour. And customer service. Hipster restaurants couldn’t just cater to the hipsters. Let’s just say Liz had to revisit a few restaurants for a second chance and leave it at that.

Tonight I had fishcakes for dinner at a classic Halifax pub. I couldn’t help but think of Liz. One, because they were delicious and the server was great. Second, because of her Fabulous Fishcakes cookbook that I’ve had in my collection for years. Funny enough, the cookbook does not recall memories of salted cod or a tasty chutney. Instead, it reminds me of how gobsmacked I was when I found out Coast photographer Scott Munn did the photos for the book. I still remember where I was standing in the office when I asked him: “You got to meet Liz? What is she like?!” Infuriatingly, he told me she was great and that he’d met her a few times on food column photo assignments.

But I knew she was great. She taught me to understand and appreciate the food landscape in Halifax and what to look for in other cities. I was her editor and a fan. While I still wish I had met her in person, I know I’m lucky to have worked with her in the food realm. And I can’t help but think she’d get a good chuckle out of the fact that she maintained her anonymity to the end.