In memory of their son, Fountains fund mental health initiatives 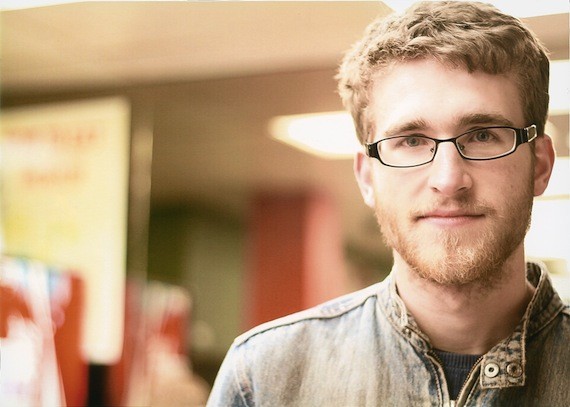 Fred and Elizabeth Fountain oscillate gracefully between levity and a sort of stern sincerity as they talk on a cheery day in March. They reminisce about a family fishing trip, chat about their daughter Katharine and speak about their son Alex’s funeral. Three and a half years have passed since Alex died, and the Fountains have become old hands at grief, talking matter-of-factly about their bereavement.

“We think that [Alex] suffered from what’s commonly called bipolar disorder, but we don’t know for sure---he was never diagnosed,” Fred Fountain says. “In the fall of 2008 he came to us and said ‘I’ve been feeling down, kind of depressed, but it’s nothing I can put my finger on.’”

“He saw a psychologist and by the summer it looked as if he was almost coming out of it---things were really looking up,” Elizabeth Fountain says.

Alex was about to enter his fourth year at King's and was immersed in the local music scene, working as a summer student at Halifax Pop Explosion. He had gone on a Europe trip earlier that summer, and had just returned from a fishing trip in New Brunswick with his family.

Outwardly, all seemed well, but in August of 2009, Alex took his own life.

“He needed more care than what he had,” says Elizabeth Fountain.

Today at a reception at the Life Sciences Research Institute, the Fountains are announcing a $1,050,000 donation to the QEII Foundation that will fund a new program called the *Stay Connected Mental Health Project*. The project will focus on helping young people with mental health and addiction challenges transition from the pediatric to adult care system, and will offer support for their families.

David Pilon is a program leader for the specialty mental health services at Capital Health. He has been working to develop the *Stay Connected Mental Health Project* for over a year. “We need to ensure we are connecting services and venues so that [young people with mental health issues] stay in care and get the care that they deserve,” he says. “We know that 70 percent of mental disorders begin before the age of 25. It is so important to identify people early and provide appropriate treatment early on.”

There are two components to the project. The first involves integrating and overlapping the care available for 18- and 19-year-olds in order for young people to step into the adult care program without a break in coverage. The second creates a family mentorship program. “Historically families have not participated very fully in the care of young people’s mental health and addictions problems,” Pilon says. “We want to see families have more of a role---because obviously they’re important---and create supportive opportunities by having family mentors.”

Kristen Zaun is a mental health advocate with personal experience with psychosis, depression and anxiety. She says her family played a tremendous role in her recovery. “Mental illness can be very lonely and isolating, not only for the individuals with the illness, but also for their families,” she says.

After Alex’s death, his parents found themselves overwhelmed with people opening up to them about their own experiences with mental illness. “We just put it out there, what had happened to Alex, and it kind of opened the floodgates of people coming to us---people thought we were safe to turn to in terms of saying, ‘I’ve just got to tell you what happened to my sister or my friend,’” says Elizabeth Fountain.

Zaun says that in her experience, talking about her illnesses helped her surmount them. “When I was at my most unwell, listening to somebody else be honest and share their own story was the only thing that made me think it could possibly get better. If one person can think, ‘well OK, this can change,’ then that’s great.”

The Fountains speak at length about the helplessness that comes with being unable to really understand what their son was feeling, and why. “[Mental illness] is just not a piece of the puzzle---it’s something unto itself, and all those other things that you have that should make you a joyous, buoyant person, they’re not enough when something like this is happening to you,” says Elizabeth Fountain.