Everyone deserves a good main street, says coalition of community groups behind calls for an “outside-the-centre plan” 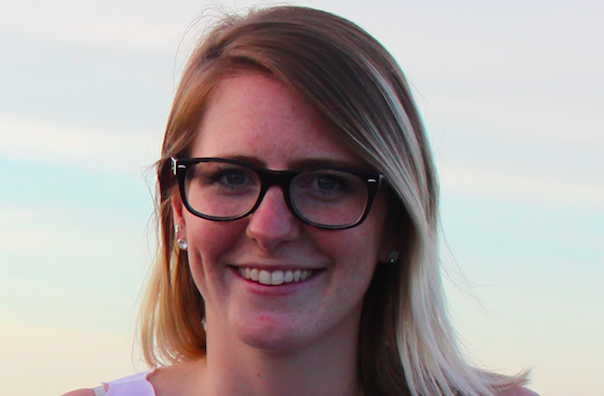 SUBMITTED
Jenny Lugar works as the sustainable cities coordinator at the Ecology Action Centre and as coordinator for Our HRM Alliance.

Several and economic advocacy groups joined together Tuesday morning in asking for a new strategy when it comes to guiding development in HRM: the Regional Main Streets Plan.

The proposal would group together several separate planning documents—many of which haven't been updated in decades—into a single strategy for HRM's growth throughout both the suburban “doughnut” of communities surrounding the urban core (Clayton Park, Spryfield, Cole Harbour, Fairview and Bedford) and the municipality's more rural areas (Porter’s Lake, Sackville, Beaver Bank and St. Margaret’s Bay).

“Only with updated plans can transit and development investment work together to create great main streets, places that make life convenient and affordable and that form the centre of local pride,” reads the press release, which was signed off on by Our HRM Alliance, the Affordable Housing Association of Nova Scotia, the Halifax Cycling Coalition, It's More Than Buses, the Main Street Dartmouth Community Improvement District, United Way, Walk n' Roll Halifax, CARP Nova Scotia and the Spryfield Business Commission and Community Association.

In advance of Tuesday's press conference, Our HRM Alliance coordinator Jenny Lugar spoke with The Coast about the proposal, density in Spryfield and why in the rush for urban renewal we've forgotten about the rest of the municipality. Her answers have been edited for length, style and content.

Why is this needed?
A lot of these communities haven't had updated plans [in years]. Spryfield, for instance, hasn't had an updated plan since 1978. So HRM has said in the Centre Plan we want 60 percent of our growth in our rural and suburban areas, yet not given any updated direction to this for a lot of communities. They're dealing with this booming growth and this ability for developers to come in and build in their communities, but it's really happening in a very piecemeal way. It doesn't really reflect what the community wants, or it doesn't really reflect what we know makes a good community or a good main street. Essentially, what we're saying is, is it possible for the city to take all of these areas that have a lot of similarities and make kind of a big master plan for them, and allow communities to have input on the particulars? Just to expedite the process, so we're not spending five years on every single community plan.

What distinguishes this from the Regional Plan, the IMP, Moving Forward Together and other planning documents?
How many years are we post-amalgamation now? Twenty? You really can't have a fully amalgamated regional area if each of the communities isn't given an updated plan that acknowledges amalgamation and how they can and should benefit from the growth and the transit in other areas. I think where this differs is it would acknowledge and get into the nitty-gritty of the land-use bylaws in the other communities. It would allow the communities that need these plans to have a bit of a say in the growth happening in their communities and what kind of amenities they want—what they want their densities to look like and that sort of thing. The key takeaway here is that the suburbs are crucial to the future of the region. This is where more than half of our population in HRM lives. If we're not starting from the ground-up and building really good communities, we're going to be dealing with problems. The idea is everyone deserves to have a good main street or a good place that's walkable that they can live and enjoy to live.

The city's answer to that has been densification. In the process of that urban renewal, have we let those other areas lag behind?
Oh, I would agree. And I'd also say Halifax is not alone in that. A lot of cities have put all this money into urban renewal and making these great places for people to come live and they've really forgotten about that whole other cohort of people who really don't want to live in the urban core. They want to have some of the amenities suburban areas do offer, but that doesn't mean they should be sacrificing all of these amenities like transit or like being close to a doctor's office or grocery store or being able to walk down to a coffee shop. It's not necessarily something to put blame on because you do have to start at the core and move outward. But we're getting to the point where it's really, really time to start looking at the suburbs because pretty soon it's going to be completely beyond our control.

Is there a development market in the suburbs and rural areas for this investment, or are we just going to have bus lanes, sidewalks and empty storefronts?
I think it's probably different for every community. You want this overarching plan that tells you how best to make a walkable, transit-accessible area but you also want to get into the communities and ask them exactly what they want. Because you're right, there are places—maybe Larry Uteck would be very different than Spryfield, in terms of business appetite and economic feasibility. I know in general that having a main street and having the ability to walk around and get out in your community does do good things for a community economically, but I think that's just something that's going to have to be explored as it comes.

You write in the press release that these communities have big ideas that can't happen right now because of these outdated strategies. Can you give me an example?
I'm going to use Spryfield as an example again. I think there are a lot of areas of  that they'd like to densify, but  the land-use bylaws aren't there. They'd like to have some mixed-use, and we pretty much didn't write "mixed-use" into plans in the '70s. It just wasn't a thing in the suburbs. So the ability to even just create mixed-use areas and mixed-use buildings that do create a good kind of dense main street for a lot of these communities  there.

Given how overworked we know the planning department is, and that the Centre Plan is still not finalized, is having another sweeping plan for the rest of the municipality going to be helpful or delay other projects even more?
To be very clear, we're not asking the city to do this before the Centre Plan is done. This is for post-Centre Plan. We're looking at the spring for the Centre Plan and now for the IMP, spring for the Green Network. So the hope is once all these plans finish up or get into these final steps, it'll be kind of a ripe time to get moving on these other plans.

You're announcing a “common position” Tuesday, and then what? What comes next?
That is kind of up to how this moves along. We're hoping to get some attention put onto this. We're hoping to get some engagement with the city. We're hoping to ensure the people we included in this statement are stakeholders once we get this process started. One of the things we've talked about a lot, in general, is that consultation from the ground up is really, really important starting from the basics. We wanted to get in at the first step, make sure these people are being included in that.

Any feedback from city hall officials so far to the idea?
I've talked to a couple of the councillors who have said, “Yes, of course, that would be wonderful if we could get going on this sort of thing.” Not even just the suburban councillors. A lot of the peninsula councillors whose areas will benefit from the Centre Plan have said yes, absolutely. So I think the drive is there. I think we're pushing with the grain, which is really an enjoyable thing to do, for sure.