After one park proves to be too crowded, Oakfield Park saves the day! 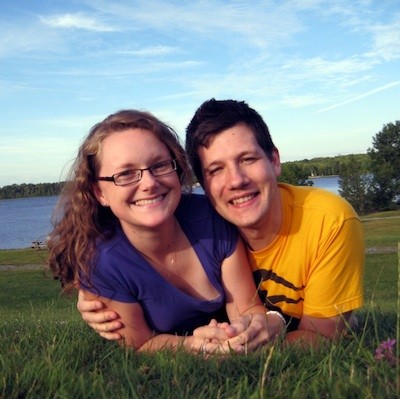 When James suggested that we take a stroll in Laurie Park one Friday afternoon, I thought it was a lovely, wholly unsuspicious suggestion. The park had, after all, just been renovated and I was eager to see the changes. It was a great idea that was shared by just about everyone within a 50km radius of the park. James didn't want to propose with a crowd, so after carefully steering me towards several areas that wound up being occupied by swimmers, fishers, and campers, he gave up and suggested we go to nearby Oakfield Park instead. I nixed that idea, saying it would be ridiculous to leave one perfectly good park just to drive to another, and that is how I unknowingly postponed my own proposal.

The following Monday after work, it was another gorgeous day and we went to Oakfield Park to take in the scenery. James seemed strangely delighted to find the park mostly deserted, and I did think it odd that he was miffed to find yet more fisherman occupying a secluded area of the beach along the trail. When we found ourselves alone at last on a trail along the lake, he took the opportunity to grab my hand, spin me around, present me with a ring and ask me to marry him. After many years of happily dating, I didn't have to think long before answering "Yes!"

Luckily I always have at least one camera in my purse at all times, so I was able to take a photo just 15 minutes after the proposal. I think it captures the mood well, and now Oakfield Park will always have a special place in our hearts! Sorry, Laurie Park, you had your chance!

*As told by Andrea Cameron.