Rad Pride on the side

Rad Pride aims to be an alternative to mainstream events, by remembering the rebellious attitude of the past. 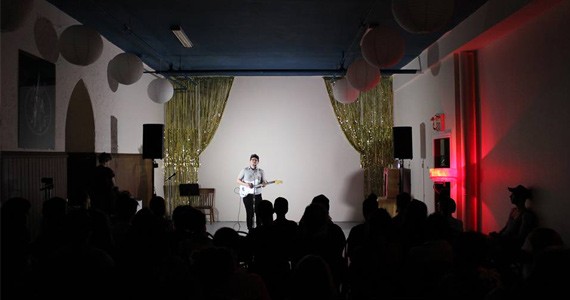 When bank workers and police volunteer to dress in drag and dance to house music on moving trucks we have to admit that while we've gained social acceptance, we've lost our edge. Mainstream approval comes at a price, and the cost of appropriation is being measured by those alienated from the very thing that is meant to represent them. In an attempt to make sense of their frustration an organizing group formed to offer fun, social and critical events to diversify the ideas associated with Gay Pride revelries.

It was out of the South House Sexual and Gender Resource Centre that this group of community members formed to create an alternative more political queer pride in Halifax. Members felt the Halifax Pride Parade and events lack political breadth and diversity of thought. The group observes that the connections to corporations are disturbingly cuddly and middle-class white men celebrating their love for one another fails to provide adequate representation of all people loving against the norm.

Everyone agrees, The Halifax Pride Parade provides mainstream society a positive experience of gays but for the Rad Pride Collective celebration is only one aspect of being queer. On their events pamphlet and Facebook page you'll find the slogan "The first gay pride was a riot," which speaks to the rebellious attitude of the past that they hope to re-inspire. "How did we go from a march to a parade?" asks Jude Ashburn, Rad Pride founding member and South House Outreach worker.

An abbreviated history of gay resistance found on the Rad Pride's events flyer highlights historical resistance against police brutality and the fight to protect gay space. In the early '70s and '80s, gays were being targeted with state violence. In 1977, 2,000 people protested the CBC Jury Room in Halifax because the radio station refused to run gay stories. During that time no one thought gays were good for business. Twenty-five years later, corporate sponsorship is taken for granted, and ironically gays are providing a seal of approval for companies eager to be perceived as progressive. But the parameters are set: only good times to be had, no heavy thinking. The Rad Pride collective loves a party and are hosting several of their own but the group's intentions are to create community opportunities with the capacity to deal with some of the tough stuff.

"Being queer isn't easy for a lot of people in the rest of the world and the rest of the year," says Jude Kinder, who is helping organize a couple events. Ashburn says the collective wants to address critical issues like "same-sex immigration, privilege, resisting assimilation, decolonizing pride, sex reassignment surgery and increasing accessibility to disabled and working class queers."

The group offers events and workshops to July 30 including a cabaret, speed dating, sign making, and the Dyke and Trans March. Their events are dry, free and mostly physically accessible. Check their Rad Pride Facebook page for the entire listings.