Puss in Boots is feline fun 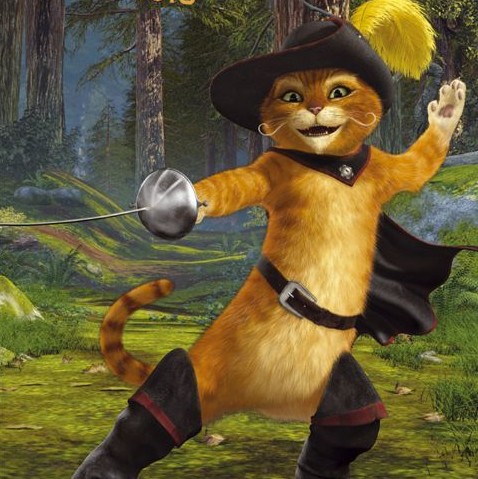 The badass Puss (Antonio Banderas) of Shrek 2 is back as a leading feline: an outlaw seeking to clear his name. We’re privy to Puss’ backstory when Humpty Dumpty (Zach Galifianakis) reappears---they were “brothers” in a Spanish orphanage. They pursue the magic beans (a dream they’ve shared since childhood), which they must steal from a murderous Jack and Jill (Billy Bob Thornton and Amy Sedaris), with the help of sultry Kitty Softpaws (Salma Hayek)---a story that pales in comparison to those of the Shrek trilogy. However, director Chris Miller (Shrek the Third) and DreamWorks animators optimize the use of 3D---with intricate action scenes and perspectives---and cat humour (aimless chasing of lasers and lapping of milk) abounds amidst a lively and witty script given a kick by great voice actors. For a money-grabbing spin-off, it’s not half bad.