Property=income: home buying as an investment

If you have experience in real estate it will help you see opportunities for becoming a landlord. But some have learned how to flip houses simply by doing it. 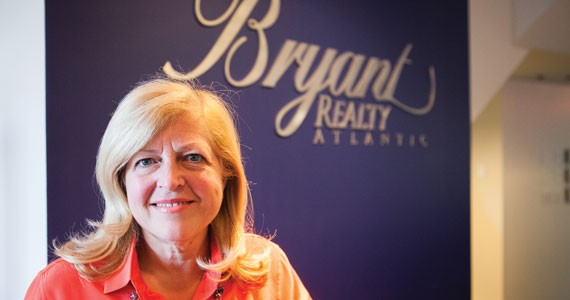 Scott Blackburn
Sandra Bryant bought a and renovated a building with a friend.

When realtor Ethan Michaels was renovating the apartment building at 6191 Allan Street in the summer of 2011, a building he'd purchased with his business partner Sandra Bryant, he was there all the time, almost every day. He busied himself by helping to clean the building, doing whatever he could. That was alongside members of the reno crew hired to work on it, workers replacing worn-out appliances and installing in-floor heating, new walls, even security cameras. Some of them didn't know who Michaels was. After a few weeks, one asked him who he worked for. "I heard Sandra Bryant owns this place, with a partner, some guy," said the worker. Michaels smiled, and replied, "Yeah, that's me."

Michaels is a hands-on kind of guy. He's worked in real estate most of his life, the better part of a decade here in Halifax, a transplant from the west coast. He likes Nova Scotia a great deal. When talking about what he loves about the province, he says it's the people, its best resource. He likes that there's a slow, steady growth in the homes market here. He also likes the promise of employment promised in the multi-billion dollar Irving shipyard deal and the $970-million commitment from Shell to explore for oil in the region. Most of all he likes that here he gets to be creative, improving dwellings in the community and making a living from it.

"We try and create a community, not just an apartment, so people look at it as a home and not just a rental," says Michaels, who says he knows people living nearby who want to put their houses on the market so they could rent here.

"Both Sandra Bryant and myself, we looked at the downtown core to see what was happening," says Michaels. "We think it's really important to develop the neighbourhood around the downtown core. For people to go once their house is too big, or who don't want to live in a house. We want to create an environment that's really conducive and positive, with lots of light, of condo or higher standards.

"At the end of the day, people can live on Allan Street, in a luxury, six-appliance apartment, for approximately $600 to $700 less a month than [paying the mortgage] on a condo, I would suggest to you."

The Allan Street building has been transformed. The eight-unit, four-level low-rise went from an unremarkable rental building with regular vacancies into a stylish and in-demand residence, with all the units now rented. Everything has been upgraded. The appliances are stainless steel, the floors hardwood, with laundry facilities in every unit. The windows are larger---the upper six units have floor-to-ceiling sliding glass doors off the living rooms, each a modern juliet balcony.

"We wanted to make it very energy-efficient," says Michaels. "Lots of big windows. In the hallway it's 80 degrees at any time in the winter, because it's a south-facing building." The staircase also has new windows. "We have a high-efficiency furnace because it burns less oil."

He says he pushed hard to get natural gas on the street, but they couldn't do it.

Michaels is reticent to discuss the cost of the investment, but Bryant, a realtor for more than 30 years, admits they put a large amount of money into the building. "We didn't hold back," says Bryant, whose father was also in real estate. "We did everything properly. We didn't do it on the sly or on the slim...because we were looking for the long term, where it becomes your working partner.

"But this is what you need to know: because we've created something beautiful, then the appraisers see it. The bankers see it and they're perfectly willing to lend us a sum of money which will help us. In the end, the income will exceed what it cost us. If you do it right and do it smart, you will see a return."

The two-bedroom apartments start at $1,500 a month.

What she initially liked about the building is that it's situated in a good neighbourhood, very convenient to downtown and has a lot of space around it, so the light is good.

"I saw the fact that it was built as units, it's not a conversion," she says. "That makes it easy to work with. And each unit is a good, solid box, easy to make something modern."

The property on Allan isn't the only one Michaels and Bryant are overseeing. They've renovated a nine-unit property at 2262 Creighton Street and a modern home at the bottom of Greenwood Avenue in the south end, one that Michaels is currently living in. "A filmmaker I know wants to buy it," he says, "but I'm not sure I'm going to sell it yet."

But what if you don't have the coin to reno and run an apartment building? What if you just want to buy a house, fix it and, as they say, flip it?

Dana Wright is a former geologist who started looking at investment properties with his wife in 2005. He's seen enough success that he's on hiatus from his professional life, and currently has a couple of rental properties he manages and a house on Mumford Road that he's refurbished, looking to sell it for a profit. He says after buying it, the renovations took about a year. "It was a pretty expensive process," says Wright.

The house was more than 50 years old, one previous owner and never updated. Wright purchased it for $320,000, and put approximately $160,000 of renovations into the project, including new siding and new windows on the outside, a new kitchen, new bathroom and an additional room on the inside. The home is a three-bedroom, including a basement apartment, which could be an income generator for the new owner, on less than an acre of land. At the time of this writing in February, the property is listed for sale at $559,900.

"They use the term 'good bones,' and this one has perfect structure," says Wright, describing what it was about the property that inspired him to buy it. "I've looked at a lot of houses lately, and a lot of them the floors are slanted or something's crooked, with the age of houses here. And this one seemed straight, and the basement ceilings are eight-and-a-half feet, while half the houses around are six feet. It's a big house in a great location."

Wright admits that the renovations cost more than he was expecting, with unexpected issues in the plumbing that were unforeseen. "To do it right I didn't want to cut any corners," he says. "I sleep good at night because I know I didn't. I won't pull any wool over anyone's eyes. If my kids didn't just start school I'd probably move into it myself."

The key to doing this kind of work is to throw yourself into it, says Wright. "Because if you don't enjoy it, it's a big pain in the ass," he says, laughing. "I'm looking for another property right now."