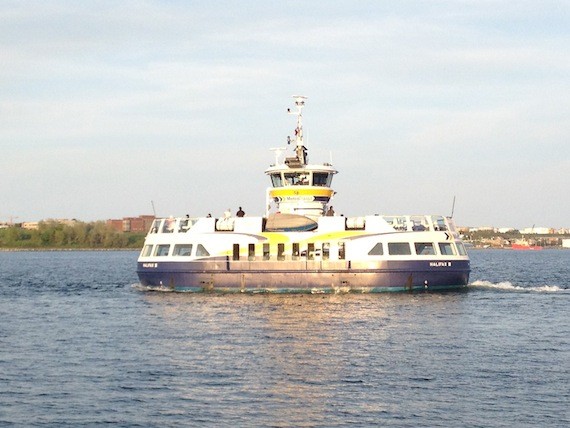 "Riding the Metro Transit one day," writes Gillian Wesley, "we noticed an HRM ad that pictured three walking trails that could be reached by bus. We thought this was a brilliant idea (props to @hfxtransit) and have been inspired to take it one step further with a series of posts on all the cool HRM sites that can be seen by bus."

The results are posted on her The Local Traveler NS blog, with the first two posts covering Route 15 (Purcells Cove) and Route 60 (Eastern Passage).

This is smart promotion of transit, and reverses the usual equation of putting the onus on that promotion entirely on transit management. We riders, too, share some of that responsibility.

Sure, management has the responsibility of finding what our transit needs and desires are, and building a system that best matches that given the resources available, but I think we often approach transit as something we theoretically want, but that we don't actually use that much. The cross-harbour ferry is a good example: with late-night ferry trips down to seven or eight passengers, there was still community outrage when Metro Transit tried to kill those trips.

I take the bus almost every day to work and back, and around town, but I could do a better job of supporting the ferry with my actual presence, as opposed to simply opining about how important it is. So, this summer I'm going try to take the late-night ferry more often, with the knowledge that I'm one more click in the counter that could save the thing.