Auntie’s owner Shirley Martineau is selling cannabis oil to anyone who needs it, regardless of what the law says. 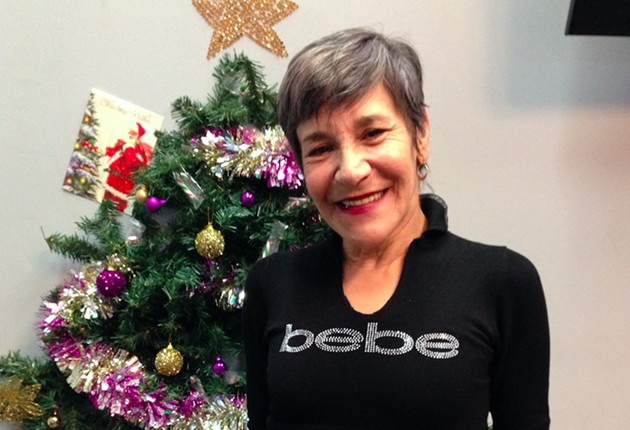 The Coast
Shirley Martineau knows what she's doing is illegal, but says she could no longer turn away people in pain.

“I'm gonna heal people, man, whether they like it or not,” says Shirley Martineau.

The owner of Auntie’s Health and Wellness Centre on Barrington Street is candid about selling cannabis oil to her customers without a prescription—proudly flaunting federal drug laws that seem increasingly archaic as Canada inches itself towards legalizing marijuana.

Currently, only medical marijuana patients with a prescription can purchase cannabis oil, and even then, only from the government’s 36 licensed providers—none of which are in Nova Scotia.

The Auntie’s franchise at 1547 Barrington Street, which opened in July, offers cannabis oil to customers suffering from cancer and other ailments. Originally that was only with a prescription, but Martineau says she got tired of sending away people in pain.

“Last week done me in,” says the 66-year-old. “I had three patients in a row that couldn’t find a doctor...They’re leaving here crying. I just couldn’t handle it no more.

Auntie’s is one of several dispensaries in Halifax—hundreds across the country—that have taken advantage of the legal grey zone that exists while Canada awaits legalized marijuana. Well, grey to some. It’s pretty black-and-white to the city.

Tiffany Chase, spokesperson for the Halifax Regional Municipality, says Auntie’s was denied a business occupancy permit as a wellness centre after an inspection during the application review process found the business was selling medical marijuana products. The store has now been issued an order to comply with municipal bylaws.

“We have not and would not issue an occupancy permit for a medical marijuana dispensary, as federal regulations currently prohibit the sale of medical marijuana through a retail store-front,” writes Chase in an email.

Auntie’s isn’t alone in fighting city hall. Other local medical marijuana dispensaries have also come up against HRM’s permitting policies. Tasty Budds, in Cole Harbour, lost an appeal to the Utility and Review Board this summer after HRM denied the business’ occupancy permit. Owner Mal McMeekin told Metro Halifax at the time he was appealing that decision, and carrying on with business as usual.

Martineau says she’s also appealing the city’s order, but is upfront about her operation, which was already in violation of federal law before she ditched the ‘scripts.

“I'm going to jail,” she predicts, though she isn't fond of that potential outcome. “I don't want to go to jail, like anybody else, but I'm going to sacrifice it to make sure people get the access to their medication.”

While Justin Trudeau remains committed to legalizing marijuana in Canada sometime in the near future, the prime minister has told police departments to enforce the law and criminally charge storefront dispensaries.

Despite that, Halifax Regional Police have left her alone, she says. There have been no dramatic raids, like HRP conducted on Farm Assists one year ago this month.

Possibly that’s because storefront retail shops aren’t top priority right now for Halifax police. Instead, the department is focusing on marijuana traffickers and those involved with firearms.

“They’re the ones targeted first and foremost,” HRP chief Jean-Michel Blais told Monday’s meeting of the Board of Police Commissioners.

Criminal or not, Martineau says she won't stop trying to give back some hope to her customers.

“People need help. That's why I was put on this Earth.”

Update: Chase emails to clarify Auntie's was never issued an occupancy permit, as her original statement could be misconstrued. We've adjusted the wording above for clarity's sake.