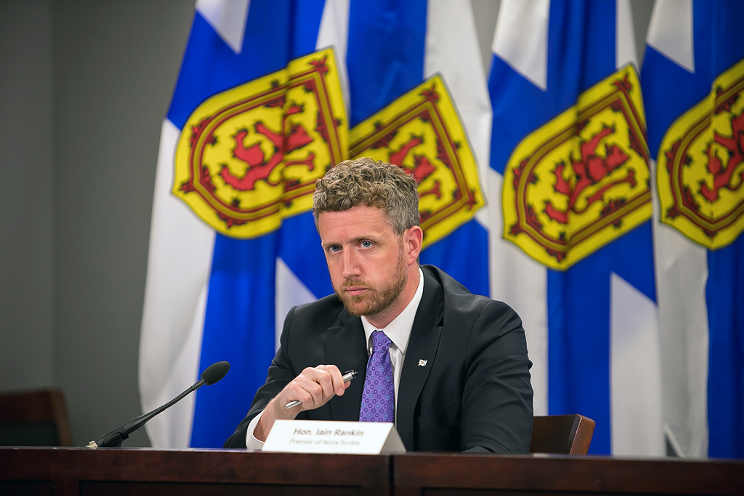 Premier Rankin said the charges he faced for drunk driving in 2003 and 2005 are well known in his Timberlea hometown. COMMUNICATIONS NOVA SCOTIA

Premier Iain Rankin said at a COVID-19 briefing today, July 5, he heard questions were being asked about his history with drunk driving, and he wanted to “tell all Nova Scotians at once” about past incidents that resulted in a DUI conviction.

“Before we get into the case numbers I want to address a personal issue, something that’s well known among my family and circles and including my team. And I want all Nova Scotians to hear it from me,” he said at One Government place, while sitting next to chief medical officer of health Robert Strang.

COVID cases and news for Nova Scotia on Monday, Jul 5: Updates including briefings, infections and our daily map of community COVID-19.


The 38-year-old premier and MLA for Timberlea—Prospect said he was charged and fined for drunk driving in 2003, and his license was suspended one year. In 2005, he was charged again with driving under the influence, but Rankin said he was acquitted of that charge. The premier would have been around 20 and 22 years old at the time of the two incidents.

“I make no excuses for my behaviour, I made a bad decision,” he said Monday. “I am very, very sorry for my actions half a lifetime ago.”

It’s widely expected that an election call is just around the corner. Rankin’s apology follows a new Liberal advertising campaign and ramped-up provincial spending and project announcements over the past few weeks.

The Nova Scotia Liberal Party is well aware of the DUI, Rankin said. It was something then-premier Stephen McNeil knew when Rankin ran as an MLA in 2013, and it was disclosed again in Rankin’s bid for leadership last winter. The premier added this is something that’s also well known in his hometown of Timberlea, but this was the first time he discussed it publicly or in the presence of journalists.