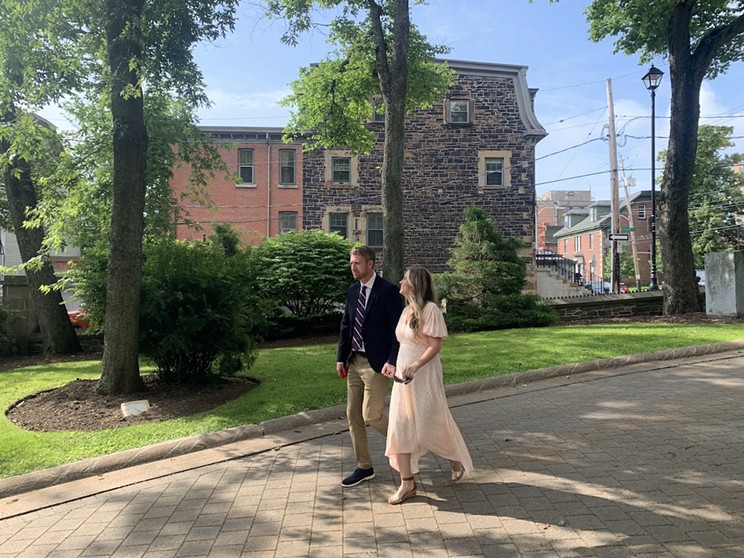 The Coast
Premier Iain Rankin and his wife Mary Chisholm on the way to Government House Saturday morning to make the election call official.

With a voting date of August 17, Nova Scotia's provincial election is now on.

Premier Iain Rankin, alongside his wife Mary Chisholm, visited Lt.-Gov. Arthur LeBlanc at Government House this morning to call the next general provincial election. Nova Scotians will be voting August 17, a Tuesday 31 days from now. The minimum allowable campaign length is 30 days.

Nova Scotians have been on their toes waiting for this call for weeks, as Rankin rolled out countless funding announcements through June and July which ramped up this week.

At noon Burrill will meet with supporters behind the Halifax Chebucto campaign office. At 2pm Saturday Houston is holding a rally at the Rowe Management Building on Dalhousie campus.