PowerPost turns off the power 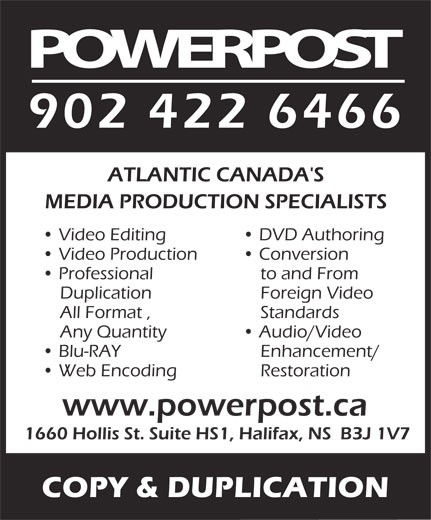 The Herald reports a major blow to the local film industry, with the closing of audio and video post-production company, PowerPost.

According to the article, president and CEO Rob Power says that the company is bankrupt and shutting down immediately. At one point PowerPost employed 25 workers, now, eight staffers will be looking for work elsewhere.

Power attributed the demise of the operation to a couple of trends: a movement to in-house post-production audio and video work by many local filmmakers and television production houses; and the prevalence in Nova Scotia of co-productions that often see crews filming in this province while post-production work is handled mostly in Ontario and, in some cases, Quebec.

Animation work, long a staple for PowerPost, has also been more difficult to find in the region.

"I really hope this is not a canary-in-the-mine scenario and that this is not an indication of a continuing downward trend for the industry as a whole in Nova Scotia," Power said.