Poorer for the loss | Opinion | Halifax, Nova Scotia | THE COAST

Poorer for the loss 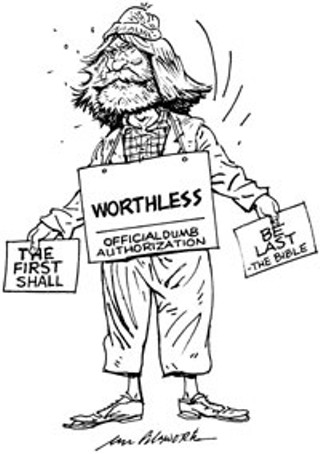 “We continue to view poverty as the fault of the individual and ignore the social and economic systems and mechanisms that are so often responsible for it.” Those are the words of Fred MacKinnon, a passionate advocate for social justice who worked as a senior civil servant for more than half a century. MacKinnon, who died last month, believed that his greatest achievement in the Nova Scotia government was his central role in the passage of the Social Assistance Act of 1958. It replaced the Poor Law, which treated poverty as a crime. For more than 200 years, Nova Scotia’s poorest—including many of the elderly, chronically ill and mentally disturbed—were sent to poor houses, jail-like institutions that operated until recent times. (The Halifax Poor House, at the corner of Robie and South Street, was finally demolished in the early 1970s.)

Two years ago, Dal Law School student Stephen Ellis and I interviewed Fred MacKinnon in his Clayton Park apartment. MacKinnon, then 92 and almost blind, lay fully clothed on his bed as he recalled another painful chapter in Nova Scotia social welfare history—not poor houses, but the Nova Scotia Training School for “mentally defective” children. The School opened at Brookside, near Truro, in 1929, 10 years before MacKinnon began his civil service career. In a detailed research paper, Stephen Ellis had written that the School was designed to keep ‘undesirables’ from breeding. Children and adolescents classified as idiots, imbeciles or morons were sent to the Training School so that they wouldn’t contaminate or weaken the human race by producing “feeble-minded” offspring. The atmosphere there was, as Fred MacKinnon acknowledged, anything but “tender loving care.” The strict discipline continued for nearly 40 years until the school was renamed the Nova Scotia Youth Training Centre to reflect a more compassionate, educational approach. Yet, in the meantime, as Stephen Ellis wrote: “Hundreds of ‘worse than worthless’ children were herded into this institution to save the rest of society from ruin. Not one of their names is known. Compounding the problem is the fact that this disturbing chapter of our history has all but disappeared from the history books.”

“The School was founded because social workers and church people were faced with problems they didn’t know the answers to,” MacKinnon told us. “The community—the very best people, intelligent and concerned people—didn’t know what to do and would grab onto any notion that appeared to have some value. This was a ready-made answer. Put them away.” As Deputy Head and then Deputy Minister of Public Welfare for 33 years, MacKinnon helped change things at the School, but it took a long time. He said that by the 1970s it was doing excellent work caring for “mentally challenged” children. The School closed in the late 1990s.

In his autobiography, Reflections: 55 Years in Public Service in Nova Scotia, MacKinnon writes about other achievements. He helped establish the Human Rights Commission and was one of the founders of the Maritime School of Social Work. He served as the first head of the Senior Citizens’ Secretariat, the government body that coordinates the development of programs for the province’s aging population.

Our interview lasted more than an hour as we talked about the once popular but now discredited ‘science’ of eugenics—improving the human race by preventing ‘undesirables’ from breeding. MacKinnon believed eugenics was fed by ignorance, the same sort of ignorance that blames the poor for poverty. “The twin demons of poverty and lack of education constitute our greatest enemies in achieving better communities and a good life for our children,” MacKinnon wrote in his autobiography. This brilliant civil servant dreamed that poverty would one day be eliminated and he worked hard to make his dream come true. That is Fred MacKinnon’s greatest legacy. Do you have memories of Fred MacKinnon to share? Email: brucew@thecoast.ca