Politicians on the bus!

Today, city and provincial politicians showed off the two new diesel hybrid buses that will start service this afternoon. I jumped at the chance to come along for the ride, because this will likely be the only opportunity to see politicians actually on a bus-- you may never again see this happen! 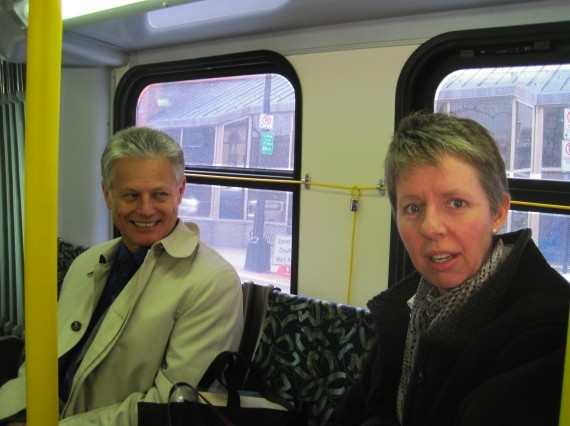 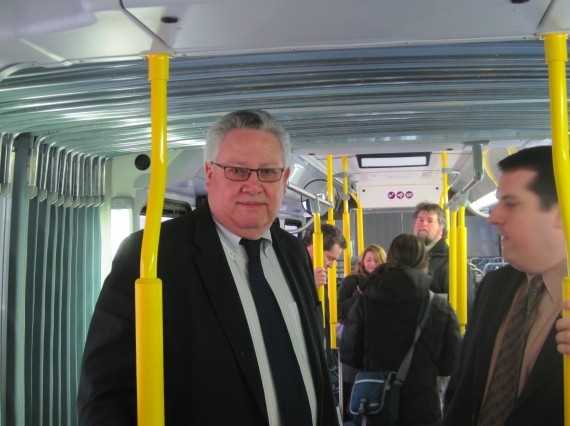 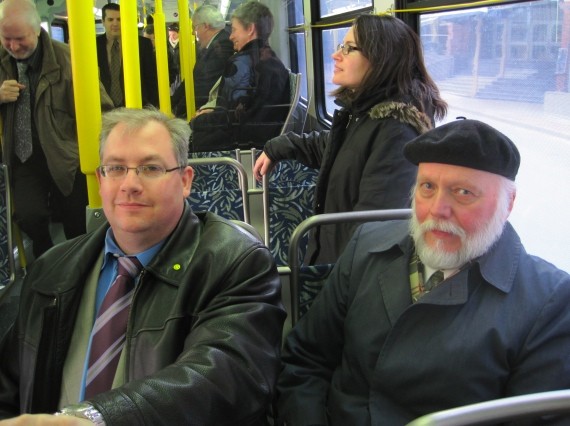 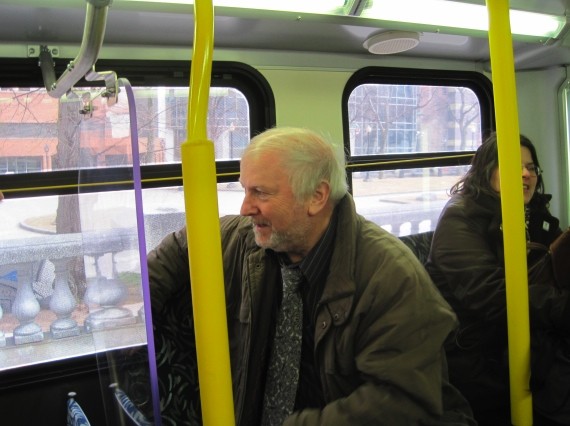 Well, it wasn't a council quorum-- several councillors were still wiping blood off themselves from the on-going secret HPD vs RCMP battle, but that's as many politicians and administers as we'll ever see on a bus, so we should pause and relish the moment, before noting that if they made this a regular occurrence--if they used the bus to actually commute and otherwise get around-- we might have better bus service. As is, transit is something for other people, and not very important other people at that (important people don't take the bus, don't you know) so transit doesn't get the fiscal or managerial attention it deserves.

It's an articulated diesel hybrid, which means that when it stops, the electric motor takes over. The plan is to place the two of them on either the #1 or #10 routes-- I'm not sure why the uncertainty, but I've noted before that Metro Transit staff doesn't seem to know that there are presently no articulated buses on the #1 route; placing a couple on that route would be a welcome change, but I really get the feeling that Metro Transit staff is so disconnected from the actual rider experience, they don't really understand the issues involved. For what it's worth, should they happen to be reading this: the #1 bus is nearly always crammed full of people, uncomfortably so, and if you're not going to increase frequency on the route, you should put longer buses on it.

The buses cost $1.3 million each, with $300,000 of that pricetag coming from the province. Estabrooks quite rightly noted that there will be a learning curve for running the buses, but the hope is that they'll achieve a 30 percent reduction in fuel use, compared to a new traditional diesel bus.