Police board to discuss new services for First Nations communities

Three Indigenous bands currently own lands within HRM slated for redevelopment, including the former Turtle Grove at Shannon Park. 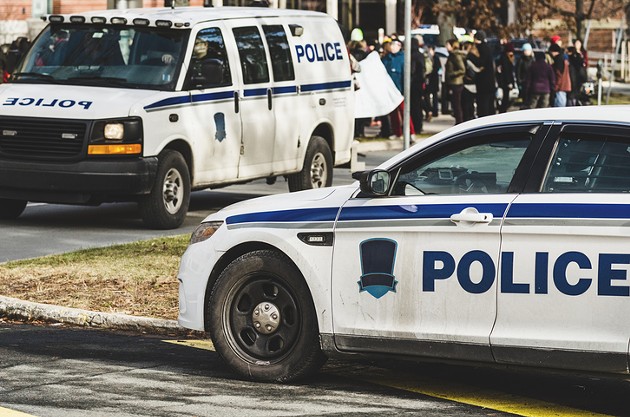 Councillor Waye Mason will put forward a motion at the next Board of Police Commissioners meeting looking to establish a more formal relationship between Halifax Regional Police and the city’s First Nations.

Three Indigenous bands currently own addition-to-reserve lands that fall within the Halifax Regional Municipality’s borders, all of which are slated for economic redevelopment.

The Sipekne’katik nation owns 130 acres in Upper Hammonds Plains, off Pockwock Road. A similarly sized parcel of land is owned by the Acadia nation. Closer to the downtown, Millbrook First Nation owns roughly 12 acres of property at Turtle Grove, in the former Shannon Park.

“In Shannon Park,” says Mason. “So we’re going to have a First Nations reserve that you can walk to from the Ferry Terminal. You just need to talk about that and figure that out, because they’re our neighbours and they’re going to be a part of our community.”

Halifax Regional Police would have no jurisdiction on First Nation lands unless a service agreement was drawn up with the municipality. Mason says that’s one option. The bands instead might want support for their own Indigenous police operations or a new service agreement with the RCMP.

What’s imperative, the councillor is to have that dialogue about options now, before the buildings go up and anyone moves in.

“Do they want partnership in policing? What about bylaws?” asks Mason. “We’ll also have to do a similar motion at council to talk about fire and that kind of stuff.”

Mason’s motion also asks the board to consult with Halifax’s off-reserve urban Indigenous population to make sure their specific policing needs are being met. That could result in a requirement for Mi’kmaq representation on the police board, inviting public observers to meetings or other possible forms of participation.

“I think the most important thing about this is to make sure those First Nations know that our door is open,” Mason says. “If they feel they have issues, they should be coming to us to talk about them.”

Also to be debated at the next police commissioners gathering is an information item on establishing a protocol for public participation, with the aim of allowing residents to directly address the board during future meetings.

Mason says he’s supportive of the idea, but it would need some form of structure to ensure the two-hour meetings of volunteer commissioners aren’t derailed.

“Otherwise, when there’s a hot issue in the community the board couldn’t function to do its oversight role because we’d have two hours of the public talking and then we wouldn’t have any other time.”