Review of Cole Harbour and Auburn schools will be a ‘hot topic’ for new board. 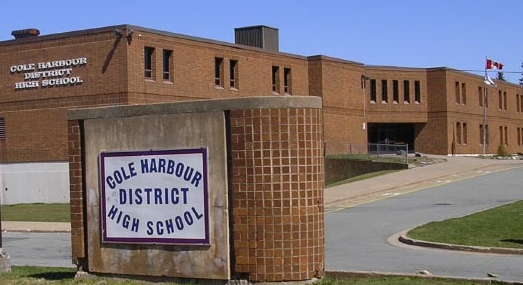 via Everett Coldwell on Wikipedia
The future of Cole Harbour District High will be one of many challenges for the newly-elected school board.

On October 15, residents in HRM will cast their votes for Halifax Regional School Board members during the municipal election.  With a budget of over $400 million, the new board will have big decisions to make.

Chief amongst them will be the fate of 21 schools within the Cole Harbour and Auburn families. That will be a hot topic for the board over the next year, says District 3’s acclaimed candidate Gin Yee.

“Everything is on the table,” during reviews, says Yee. “In the past we’ve seen recommendations from building new schools, renovations, moving populations to certain schools or a potential closure.”

Selection is underway for the committee that will put forth the recommendations to the school board. The board will make the final decision. The 10-month review process will also allow for public engagement during community meetings.

The new high school in Eastern Passage (set to open in 2018) also means the future of the Cole Harbour District High building is uncertain. The high school will lose nearly half of its students to the new school. Figuring out what to do with the property will also be on the review committee’s plate.

“You would probably want to keep the building, but the question is how do we use it,” says Yee.

Nova Scotia School Boards Association spokesperson Trish Smith says the school reviews are one of the most contentious issues for the next school board, but are not HRSB’s only upcoming task. The new board will also have to tackle policy development.

While policy development sounds dry, it effects students at a high level by helping to shape the delivery of programs and services in schools. School boards often review, change and create polices based on new needs or circumstances.

“It is a really serious oversight job that they do. It’s an important role,” Smith says.

Just another reason Smith says people should pay attention to the role the school board plays in HRM’s communities.