Mayor is sad to see Jacob Ritchie leave city hall, but what his departure means for HRM's new planning bible remains to be seen. 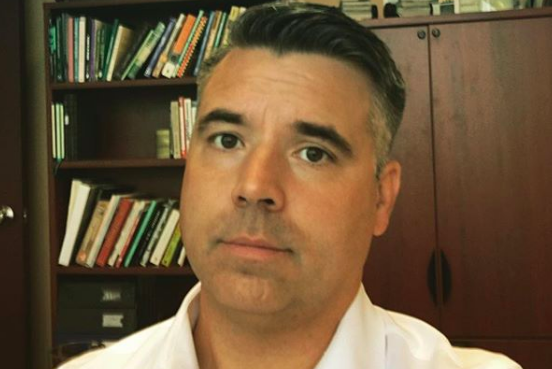 VIA INSTAGRAM
Jacob Ritchie, taking a selfie in his soon-to-be former office.

Mayor Mike Savage isn't sure what sort of impact Jacob Ritchie's departure from city hall will have on the long-delayed Centre Plan.

The urban planner has been shepherding the new planning bible through a slow, often delayed approval process for the past few years. But this week he'll be leaving city hall behind to head up the school board-replacing Halifax Regional Centre for Education, just as the long-awaited Centre Plan nears some sort of finish line.

“I’m really sorry to see that,” says Savage. “We don’t keep people forever. That’s just a fact a life…I really enjoyed working with him. I think he pushed us when we should be pushed.”

A collection of new development guidelines and planning policies, the Centre Plan is supposed to be the municipality's blueprint for growth in the urban core.

The first half of those rules, known as “Package A,” was recently given a thumbs-up by the Community Design Advisory Committee after months of public feedback. It now heads to the Community Planning and Economic Development Committee, final revisions by staff and another round of committee hearings and council debates before being put into action.

How long it'll take to finally approve what's only the first half of the Centre Plan is anyone's guess. When Ritchie started in 2015, he anticipated the task could be completed by December 2016.

“I have been bad at predicting that in my time at the municipality, so I’ve kind of stopped trying,” he told The Coast last fall. “I’m 14 months behind where I thought I was.”

Ritchie's departure comes a year after HRM fired chief planner Bob Bjerke, who was replaced back in June by then-acting director Kelly Denty.

Despite the shakeups, mayor Savage says the city's oft-criticized planning department is in good hands.

“These are folks who really know how to get stuff done,” says Savage, who's convinced the “bright stars” in Halifax planning will finish the work Ritchie started.

“We are supposed to be running our business in a way that nobody is indispensable. I think we’ll be OK.”