Pick up Black Moor's The Conquering Saturday at Monte's

Or live to regret it! 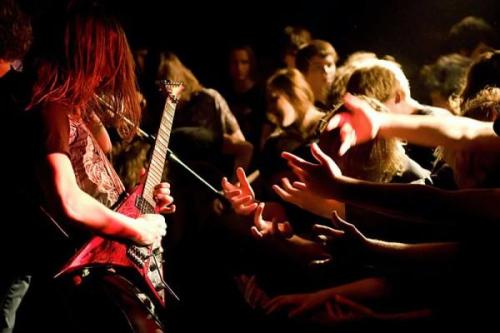 Dartmouth’s metal moguls Black Moor release their long-awaited album, The Conquering, at Monte’s Bar and Grill this Saturday ($6adv/$8door, 10pm. With Orchid’s Curse and Death Valley Driver). “I really can't even express how stoked we are to finally get this album out to the public,” says Rob Nickerson (bass). The Conquering is being released through Diminished Fifth Records, with national and international distribution. “We always try to make friends with as many other bands as we can,” says Nickerson. “That's really a big part of what makes for a strong scene, I think; bands working together to support one another. The other part, is, of course, live music fans who come out and support bands.” The group plan on getting out on the open road as soon as the album is released, heading to Montreal, around Nova Scotia and a “bigger, more ambitious tour next spring and summer,” says Nickerson. Pick up your tickets for Saturday from CD Heaven on Wyse Road, Rock Candy Boutique or from anyone from Orchid's Curse or Black Moor.