Former staffers have come forward with allegations of sexual harassment against the ex-NDP Member of Parliament. 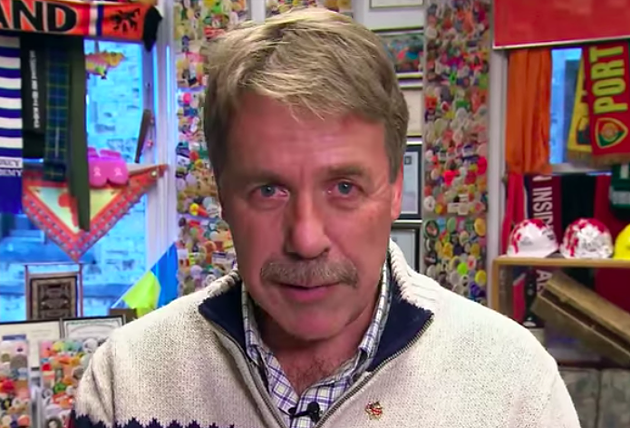 VIA YOUTUBE
Stoffer, seen in his former Ottawa office in this 2015 sketch from 22 Minutes.

Peter Stoffer is the latest name in a growing list of current and former Canadian politicians denying accusations of sexual harassment, while simultaneously apologizing for any wrongdoing.

In an awkward press conference Friday morning in the frigid cold outside Pier 21, Stoffer spoke for about six minutes about his history with the party, his volunteerism and his reputation for being well-liked on the Hill.

Stoffer called the press conference to respond to allegations of inappropriate conduct first published yesterday in the National Post.

In the reported story, Lauren Dobson-Hughes, then a young staffer, describes two incidents of being groped and kissed by Stoffer in front of several other colleagues. She says she reported it to the party at the time, but nothing was ever done. The Post interviewed three other women who worked with Stoffer in Ottawa who also reported incidents of inappropriate behaviour in the workplace.

“I have never ever in my life either sexually assaulted [or physically] abused anybody. Not at all.”

Nevertheless, Stoffer then went on to apologize for his behaviour.

“They’re saying that some of my demeanour, some of my comments were inappropriate. And for that, I humbly apologize without reservation.”

The former politician admitted he has not reached out directly to Dobson-Hughes or any other former colleagues to apologize, but said he regrets putting them in “that type of situation.”

“I humbly ask for their forgiveness in this regard.”

Stoffer served as MP for 18 years before losing his Sackville-Preston-Chezzetcook seat in the 2015 election to Liberal challenger Darrell Samson. In his political career, he was regularly voted the “Most Collegial” Parliamentarian by Maclean's and the “Most Fun MP to Work For” by the Hill Times.

He opened his remarks on Friday recalling the “fun” and “open-door” policy in his old office.

“A lot of people can come and have a cold one,” he said. “They could play some darts. They could just come in and release the tension.”

When asked if he had ever been confronted with allegations of sexual harassment before yesterday, Stoffer deflected.

Federal NDP leader Jagmeet Singh said in a statement Thursday that he is “deeply disturbed” by the allegations against Stoffer. Singh promised the NDP would continue efforts to “review, renew and expand” its harassment policies.

Stoffer has informed the NDP he will no longer attend conventions.