How hard up is economic development minister Percy Paris for a new convention centre? So hard up that he’ll shove any impropriety on the part of Trade Centre Limited officials---financial, ethical, what have you---down the memory hole.

Monday, I detailed how Scott Ferguson, president of TCL, had been warned by the TCL auditor to stop loaning money to promoters from advance ticket sales. There’s a good reason for the auditor’s concern---should the ticketed event be cancelled, TCL would have to refund the ticket price to people who had bought tickets; but if TCL had loaned the money out, then the money would have to come from other funds---that is, from the taxpayer. The hit to the taxpayer could actually be double the loan amount: it’d be the lost loan, and then on top of that the amount needed to backfill the bank account. 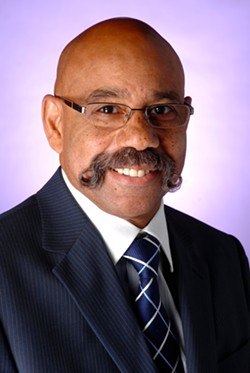 We’re not talking small potatoes here. The loans in question were often approaching, and sometimes exceeding, a half million dollars. At one point---on July 19, 2009---the potential loss totalled $7.7 million.

The auditor’s warning came after Ferguson had loaned some unknown (to us) amount of money from advance ticket sales for the 2008 IIHF Hockey Championship. Luckily, that event went on without problem, and the money was repaid. Ferguson, however, was under strict orders from the auditor to never again make such loans.

But auditor, schmauditor. When Harold MacKay came knocking on government’s door looking for some financing assistance for the concerts on the Common, Ferguson OKed still more loans from advance ticket sales, and thought he was covering his butt by getting the city to guarantee the loans. Ferguson hoodwinked mayor Peter Kelly and top bureaucrat Wayne Anstey into signing six contracts with MacKay, with the city guaranteeing the advances. Those documents in hand, Ferguson advanced TCL money to MacKay, exactly contrary to the auditor’s warning.

If you or I cost our employer $359,550, we can imagine the consequences. But here’s how Ferguson’s boss, Percy Paris, reacts to the news:

"I’ve got great confidence in Scott Ferguson," the minister said. "I think he’s been doing a wonderful job for the province and the World Trade Centre...

This is utter nonsense. There’s plenty of blame to go around for the concert loan scandal, but Ferguson knew the loans were improper, and worked to make them happen anyway by suckering the city into accepting responsibility.

In Nova Scotia, there is no bureaucratic accountability whatsoever. Slap an “economic development” label on something, and you can do anything you want---break any financial control, snub auditors, put taxpayer money at risk without authority---and it doesn’t matter; the minister will merrily cover your back.