Our Resilient Bodies has the shit on poop

Free workshop examines the relationship between mental and gastrointestinal health. 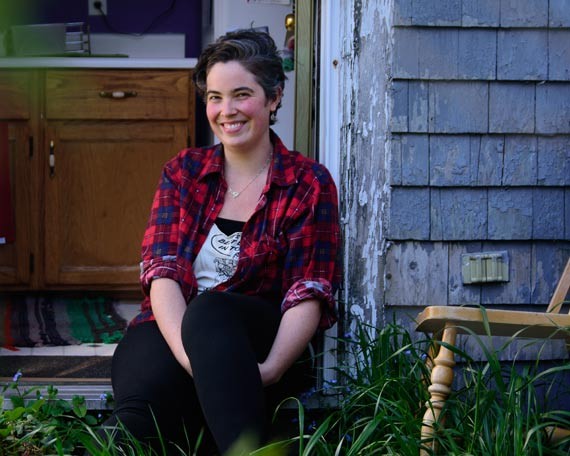 SAM KEAN
Nicole Marcoux will facilitate Thursday’s workshop on the connection between emotion and bowels.

“We can all pretend that pooping isn’t a thing we all do, but everyone knows that’s a lie,” says Nicole Marcoux. “They literally wrote a book called Everybody Poops, for children. It’s still applicable to adults.”

Marcoux is facilitating Inside//out: explorations between emotions, guts and poop—a workshop happening this Thursday, May 19 for Our Resilient Bodies. The holistic nutritionist and self-described “general poop enthusiast” will discuss the effects of mental health and trauma on your body’s movements.

“When our bodies are having a flight/fight, please/appease, mend/befriend response, our body wants to be rid of everything as quickly as possible, so it can be as light as possible to react to the stressor at hand,” Marcoux says. “A big part of that is evacuating everything.”

A fellow friend with a panic disorder once disclosed to me that she feared she would have an “emergency” in her wedding dress on the big day. As someone with anxiety, I can attest to the physical impact of being in a constant state of stress. I have nervously pooped my pants before. Once. But once it’s happened that first time, you never trust a nervous fart.

Our Resilient Bodies is an organization that takes a critical, holistic look at marginalized people’s relationships with their bodies. Rhys, an organizer at ORB, believes “we need something more confrontational than self-love and body positivity.”

ORB discusses “racism, shade-ism, ableism, cis-sexism, sexism, classism, transphobia and heterosexism,” and how these things influence our “understandings of beauty, desirability and our lived experiences within our own bodies.”

It’s a gathering space to discuss the complicated and sometimes shame-inducing relationship we have with our bodies from pressures that are the result of being a part of marginalized groups.

“The visceral stuff that happens inside us can sometimes be linked to what’s happening within wider structures around us,” says Rhys.

Pooping is but one facet of the complicated relationship people can have with their body. Stress can do a lot to a person, and initiatives that support those suffering from mental health often gloss over the grittier physical details to focus on its cerebral impact.

Stress from both trauma and mental health is often invisible to those managing workplaces and events, who then overlook accommodating symptoms of that stress. Marcoux says we can take steps to recognize the vulnerability people have to stay in one place without a bathroom.

“Let people know at an event what to expect and what will happen,” she advises.