Comedian Orny Adams finds balance between the screen and the stage 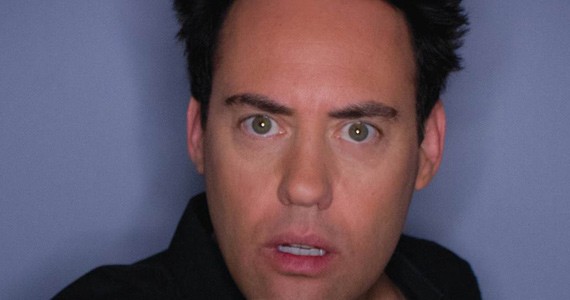 Orny Adams is going to be back in town Saturday to rock the ComedyFest's finale. After performing across Canada on the Just For Laughs comedy tour, Adams is ready to get on stage at the Cohn and deliver a set of what he calls pure "pounding comedy."

Although, he's been doing standup for more than 20 years, he's found his most dedicated fans recently---in MTV's show, Teen Wolf.

"Comedy fans can be vicious---Teen Wolf fans are nothing but loving," says Adams. "They're not judgmental, they're so supportive of what I do."

For the lifelong comedian, acting in a teen TV show has given him great relief from the competitive standup scene. Adams appeared in the 2002 documentary Comedian, where his struggling career was a foil to Jerry Seinfeld's. In the film, Adams reacts negatively to the criticism he faces, but after 10 years, and a job outside of standup, he's developed some perspective.

Teen Wolf "definitely takes the pressure off of comedy," says Adams. "I've been given a role that's allowed me to carve out a real character and really delve into it."

Even though he was in town last fall, you can expect some fresh material from Adams. His set on Saturday is being recorded for TV, as were his performances on the fall tour--- so he has to deliver stuff that hasn't been broadcast yet. "This will be a tricky set for me," said Adams, "I've got my work cut out for me."

Despite his show, and the content challenges his routine faces, Adams isn't going to shy away from standup---he lives for an empty stage and a microphone. "This is what I do, this is what I love to do and I'm most proud of my work in the standup arena."