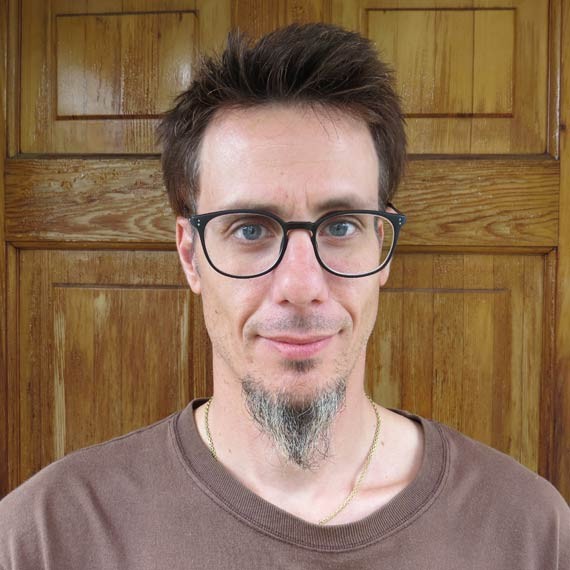 Benjamin will launch Indian School Road: Legacies of the Shubenacadie Residential School this Mon., September 22, 7 p.m. at the Maritime Museum of the Atlantic.

For two years, journalist Chris Benjamin has been working on Indian School Road, examining how the government set out to solve "the Indian problem" through the horrific residential school system. The Halifax author, and occasional writer for The Coast, spoke about his new book prior to its launch.

Why did you want to write this book?

I'm interested in all kinds of social justice issues, but I was fascinated by the residential school system and what happened. Always the question left in my mind was, as a European-descended Canadian, what the hell were we thinking? I just wanted to understand the thinking that went into the school. I had a rudimentary idea of what that was, but where did it come from? Who was behind it?

Is it problematic, to be white, writing this story about First Nations people?

I don't think it's a story that's just about First Nations people. They were the people who were dragged into it and forced to be there, but that's one of multiple perspectives that I look at. It's certainly risky terrain for a non-First Nations person to try to represent those stories. I think it's not just a Mi'kmaq story. It's not just a Maliseet story. It's also our story, and by our I mean European-Canadians, because it's our story of what we did and the system that we created and the school within and how that was done.

In the introduction you mention the government destroyed a lot of their own documents. It seems the colonial side of Canada doesn't want to remember.

There's a ton of denial. Even the apologies that have come, their hand was forced, and have only been made under duress. But certainly the federal government hasn't really taken responsibility. They're still avoiding any tricky language like "cultural genocide." I don't think we've reached the reconciliation stage. The truth is out there, although it's still emerging, but we haven't even gotten near the reconciliation stage.

I was surprised, firstly how far into the 20th century the schools existed, and secondly how it all still has an impact on federal policy.

It's an ongoing story, and I think the residential schools are just one of many tools that the federal government use to try and control a population and sweep it away as much as possible. It's attempts are, obviously it's morally reprehensible to begin with, but it's also half-hearted in terms of they don't even fully fund their programs. Even if you support what they're trying to do, they're not really putting enough money into it to do anything properly. Which the residential schools were a perfect example of. We like to think we're racially more enlightened in the 21st century, but the policies don't back that belief.

What do you hope readers take from the book?

I can't count how many times I've heard liberal-minded, progressive, intelligent people say something like "Well, what needs to happen with aboriginal people is..." It's like, you don't have that authority. That's the whole problem, is one group of people deciding another group of people's destiny. The overall message is we need to understand the history and also use it to understand going forward. Check our assumptions and our beliefs, and ask ourselves, if I want to actually be useful in First Nations people's struggles, how can I do that? How can I be an ally and support what they want rather than just assume I know what they need.