On the question of “Where are you really from?”

It disguises curiosity about my ethnic and racial background and assumes foreignness. 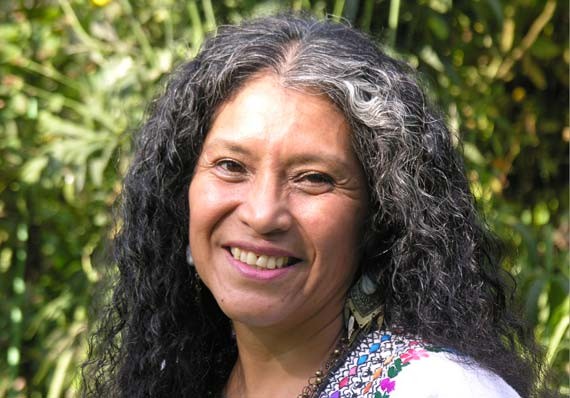 Silvia Behrens-Kelleher
María José Yax-Fraser is a PhD candidate in social anthropology at York University. She sits on the board of directors of the Immigrant/Migrant Women's Association of Halifax (IMWAH). She is a member of the Maritimes-Guatemala Breaking the Silence Network and a member of the Nova Scotia Voice of Women for Peace.

When I came to Nova Scotia 26 years ago, I always welcomed the seemingly innocent and simple question “where are you from?” as an opportunity to tell people about my beautiful country, its cultures and its painful history. As the years went by I started to see Canada as my home and began to dread the question because my interpretation and the answer to that question became more complex: Does she or he want to know where I was born? Where I live now? Does she or he want to know what city/country/place I consider home? Does she or he want my full “location history?” My comfort answering this question largely depends on the context. As a woman of colour with a “Guatemalan” English accent, I often feel the question has a subtext. It often disguises curiosity about my ethnic and racial background and assumes foreignness.

For many Canadians of colour who immigrated as children or are children born to an/or immigrant parent(s), the significance of this question is yet more complex—as I am often reminded, through the experiences of my children. This summer for instance, a few days after we arrived to visit my side of our family, my two oldest children were sitting in the courtyard of my parents' house in Guatemala City. Each one of them on a chair located just outside the door of the two rooms where we were staying. Their backs to the rows of shelves that hold pots of flowers, plants and herbs my mom grows. The older, now 18, absorbed in a book he was reading. The younger, almost 17, relaxed, taking in the sun after a cold shower, his long and shiny black hair gracing his brown shoulders with thick soft waves. As I glanced at them I travel to ancient times and I pictured them as two Mayan princes sitting in a garden having an intellectual conversation on astronomy, mathematics, arts, spirituality or maybe...right at that moment my thought was suspended and my picture was bridged to the present as my oldest child with a friendly tone of admiration, said to his brother: “I envy your long hair! I should not have gone for a haircut!”

His compliment and nostalgic exclamation prompted an intellectual conversation that captured my attention as my younger child, who for some time had become aware of both the social and cultural significance of skin colour and the racial hierarchy that exists in many societies, including Halifax, responded: “Sometimes, I wish I had the colour of your skin! But, yeah, she did not do a good job with your hair. When your hair is long, it’s nice too!”

“The colour of your skin is nice, why would you want to have the colour of my skin?” asks my oldest son with a bewildered curiosity, unaware that his brother has been wondering for a while if his older brother’s lighter skin colour allows him “to pass,” granting him an automatic privilege of belonging to the national community.

But according to his brother, the question has not eluded him. He is also racialized into the Canadian cultural landscape—not by his lighter skin colour but by the shape and dark colour of his eyes and hair. These somatic characteristics mark his body as different from the mainstream “white” body and renders him “visible,” locating him as being outside the border of the nation, locating him as the “other” who belongs “there” and not “here.” Sometimes he is seen as Asian and sometimes as Mexican, depending on the stereotypical image of such identities in the eyes of his beholder.

The significance of their conversation keeps me tossing and turning in bed that night. I feel happy, disturbed and then again I feel content and hopeful. I feel happy they have this moment to talk about their lived experiences and to engage in a healthy conversation on how white privilege, discrimination and systemic racism affects their daily lives. They are aware of how the colour of your skin matters in all mundane activities of everyday life: on what you wear, how you act, how you walk, how you speak, on your individual worth and opportunities. I feel disturbed that the richness and fluidity in their multiple identifications is being subjected to inflexible rigid boundaries. Despite being born in Canada they, like other second generation Canadians of colour, are often tasked with not only overcoming racial barriers within societal structures and institutions, but also proving their Canadian identity and coping with claims of perpetual immigrant status. I have always known that I am not “old stock.” I am, and always will be, a “new” Canadian, even though I have been in Canada for 26 years and gained my citizenship 16 years ago. But I really was shocked when I woke up one day and found out that thanks to Bill C-24, also known as the Strengthening Canadian Citizenship Act, not only I, but also my children who were born in Canada, had become second-class citizens and legally assumed to be objects of fear.

Their experiences are not new or unique to them but telling these stories is important because they remind us that Canadian society is not quite as multicultural as we might like it to be. Cross-cultural mothering and parenting multiracial and multicultural children in Canada involves the difficult task of informing children of the harsh realities of systemic racism, the excitement of teaching them to value diversity, the sensitivity of supporting them in developing strategies to respond to discrimination, and making efforts to take family trips to Guatemala so that our children can not only bond with their extended family but learn to appreciate the routes where they come from. I am pleased to hear them talk about how they respond to the often uncomfortable question where are you from? how they navigate the social landscape in which they are simultaneously included and excluded and made visible and invisible; how they validate each other’s experiences and how they challenge racial structures that seek to define them; how proud and how much they value their heritage; and how, at the end of the day, they are happy and comfortable in their Mayan and Scottish skin.

I feel hopeful because I know, through our family conversations, they are aware that Canada as a society has been struggling for quite some time to achieve social cohesion and to determine what that means. They are aware of the consequences and tangible effects the social construction of race has had on the lives of Indigenous people in Guatemala and in Canada—including genocide and land displacement, of African Nova Scotians during slavery, of the Jewish people during the Holocaust, of South Africans during apartheid. They are aware of how gender, religion, ethnicity, your sexuality, your culture and the place where you were born, matters and defines you. They are aware of the present Islamophobia and its impact on the lives of women and children in Canada, the United States, France and other countries around the globe. The fact that they are aware of global racism, its diverse manifestations and persistence makes me hopeful because knowing these histories gives them the power to struggle to eliminate racial barriers, to contest homogenous images of a national identity and culture, and to contribute to making more visible the presence of multiple imaginings of Canada in which the terms of belonging differ in turn making more visible the growing ethnocultural Canadian landscape