On the phone with incumbent Shawn Cleary, District 9

Cleary says he's the only councillor to date who's tangibly de-funded the police. 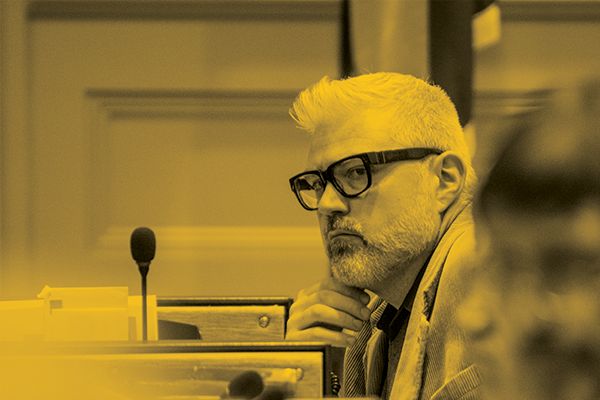 Riley Smith
S
hawn  Cleary was elected in 2016 with the goals of making Halifax more environmentally and financially stable and making roads safer for pedestrians. Four years later, he’s still working on those same things, although he says he's made a lot of progress.

“With the integrated mobility plan, when that was unanimously passed in December 2017, you know, that was something 'cause it explicitly reprioritizes the users of our road, putting pedestrians first,” says Cleary. “And if we’re serious about that, then we have to put our money where our mouth is.”

Cleary readily spouts off statistics about pedestrian safety. Compared to previous years, he says vehicle-pedestrian collisions are down by at least 50 percent, even accounting for reduced traffic thanks to Covid.

“There’s so much more to do. I believe in vision zero and making sure that we get to zero fatalities and major injuries, and adding more crosswalks in the district. I think I’ve got five new ones and upgraded ones that we’ve done in the last few years,” Cleary says.

He also wants to see an improvement in snow clearing on residential sidewalks, proposing bringing minimum clearing times down from the current 36 hour standard to snow-free within 18.

“We either make snow clearing better or get rid of it. Like, it just doesn’t make sense that we’re doing all these sidewalks and we’re doing them really poorly,” he says.

The Armdale councillor is also proud of changing some of his colleague’s opinions on social issues like getting rid of the Cornwallis statue. “I got almost everyone else on council to agree that this was a project that we needed to do if we really want to head down the road of reconciliation,” he says. (Cleary was helped by a game-changing poem read by then poet-laureate Rebecca Thomas).

And as for defunding the police, Cleary is advocated against purchasing the HRP armoured rescue vehicle, and wants to continue to reallocate resources if re-elected.