On the phone with career politician David Hendsbee, District 2

“If I’m re-elected I will become the dean with tenure.” 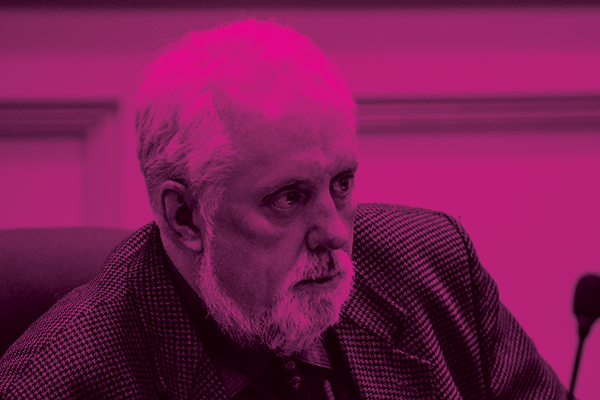 riley smith
Looking after the largest geographical district in the municipality, Preston-Chezzetcook-Eastern Shore, there's a one in three chance David Hendsbee could also be the longest-running councillor.

“If I’m re-elected I will become the dean with tenure,” he says, having sat on Halifax Regional Council from 1993 until 1999, taking a brief break to try his hand as an MLA for Preston, then returning from 2003 until today.

In the upcoming election, he’s focused on a lot of things that will improve his district specifically, including upgraded water services, reclaiming rural cemeteries, and increasing funding to community museums.

The councillor also was part of a recent announcement in partnership with the provincial and federal governments that will see the replacement of the Sheet Harbour Lion’s Hall. “It’s been closed during the winter months for the last three and a half, almost four years now. So the community has had very limited function space except for the local legion to do a lot of their community events and stuff,” Hendsbee adds.

Hendsbee says Sheet Harbour and other rural areas sometimes lack attention from regional council. “There’s an opportunity to revitalize that community and try to attract and retain residents and visitors alike because we do have a dwindling population base in certain parts of rural Halifax, we’ve got to make sure we have the support, services and facilities to help attract and maintain that,” he says.

He wants to continue to improve fire services to small communities, as well as improving the active transportation network by paving road shoulders and expanding transit services.

“I’m glad to see the Metro X service finally get initiated, that’s the rural express and 370 to Porter’s Lake. What is not finished yet, we need to extend that service to include Mineville and Musquodoboit Harbour as originally proposed,” he says.

But the District 2 councillor says it’s his experience he will really be bringing to the table.

“I have a lot of corporate knowledge and background and experience of what we’ve gone through from the early days of amalgamation and restructuring so I have that background experience,” Hendsbee says. “And now with the Covid situation and the financial implications that may have, I think my previous experience will bode me well in regards to these new talks ahead.”