NS has identified its first 40 cases of the omicron variant, and Doctor Strang says it will soon become the dominant local virus type.

“Nobody ever wants to go backwards, so it sucks to be going backwards right now, especially at this time of year,” premier Tim Houston said during today’s COVID briefing. He was joined in the Halifax briefing room by chief medical officer of health Robert Strang, with minister of health Michelle Thompson joining virtually from Antigonish, the scene of the current outbreak. 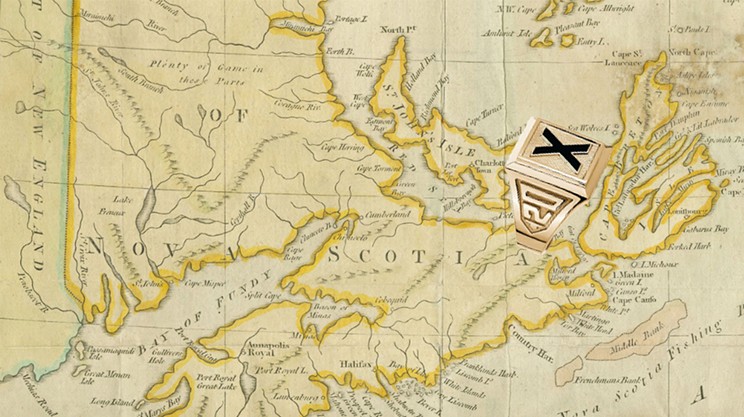 The X-Ring marks the spot as COVID outbreak at St. FX hits 59 cases: Because cases are largely in vaccinated young people, so far the infections have been “very mild."

Doctor Strang talks the omicron variant and needing a new travel restriction for kids: 25,000 vaccine appointments were booked for kids under 12 as of Wednesday, and 460 were administered on day one.

In order to manage the recent spike in cases tied to St. Francis Xavier University’s X-Ring weekend, the province will be bringing back physical distancing and lowering gathering limits.

“I know the timing couldn’t be worse with the holidays just around the corner, we’d just seemed to get some normalcy back in our lives, “but now there’s a new variant and things are changing once again. This pandemic is not kind,” Doctor Strang said at the briefing.

“I understand that people and businesses will be disappointed, frustrated and fed up. We are too, and we wouldn’t do this if we didn’t believe it was necessary. But it is.”

The province has identified a COVID outbreak at Parkland Antigonish senior living community, where two residents and two staff members have tested positive. A staff member from Mary's Court long-term care neighbourhood has also tested positive. Strang confirmed that these cases can be linked back to the St. FX outbreak.

Beginning Friday morning at 9am, the province is dropping informal gathering limits from 25 people to 20, and is reinstating physical distancing requirements both indoors and outdoors. Mask-wearing rules have been adapted to require that people are masked whenever standing; people must be seated to unmask while eating or drinking. Formal event spaces can host half of their typical capacity up to a maximum of 150 people. Long-term care visitors are being asked to rapid test for COVID before visiting, and no more than two people can visit at a time. Full details here.

These new restrictions will be re-evaluated in January, Strang said.

Given the outbreak, the province is asking that anyone who’s been identified as a close contact or who was present at a high-risk exposure site isolate for at least 72 hours until they can be PCR tested. Isolation can end after receiving a negative test result.

Strang said there have been 172 cases of COVID-19 tied to the St. FX outbreak, but that number hasn’t been updated since the weekend.

“We’ve had three-digit case numbers for several days… Nova Scotians should expect to see high daily case numbers. Cases will go up before they go down,” Strang said.

The province has reported 477 new cases of COVID-19 since Friday, with 114 new cases reported Monday. Given the high volume of cases public health is reporting straight from the lab, which gives a more accurate picture of day-to-day COVID levels, instead of waiting until the new cases have all been investigated and documented in the Panorama health database.

“There are simply too many cases to investigate and enter in a timely manner in our public health information system Panorama. The volume of cases has exceeded public health capacity,” Strang said. The province's data dashboard uses Panorama data, so for now it is irrelevant and The Coast has suspended its dashboard-dependent infographics.

Nova Scotia has confirmed that 40 previously reported cases are the new omicron variant. Strang expects that like Ontario, soon this will become the dominant virus type locally. It’s hard to believe the world first heard about omicron just 17 days ago.