To sacrifice the fisheries and tourism industries for a handful of oil jobs is not a gain. It’s not even breaking even. 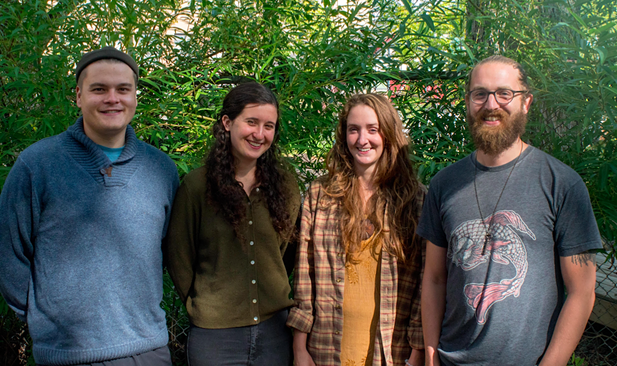 SUBMITTED
Solidarity Halifax is a membership-based anti-capitalist group, organizing in HRM and across Nova Scotia to create space for respectful dialogue, debate, activism and education on alternatives to capitalism.

G7 leaders will be meeting in Halifax from September 19 to 21 to discuss climate and coastal and marine sustainability. It is an obvious case of political theatre, given that our federal minister of Environment and Climate Change invited British Petroleum (BP) to begin exploratory drilling for oil off the coast of Nova Scotia in April.

It’s a fact that Earth’s climate is changing and that humans have massively disrupted Earth’s natural geochemical processes. Fossil fuel burning and extraction are scientifically documented sources of greenhouse gases to the atmosphere that did not exist until recently in geologic time. It is deceitful for minister Mckenna to advocate on behalf of both climate change mitigation and fossil fuel expansion.

Equally troubling is the contradiction inherent in talking about coastal sustainability while approving potentially disastrous marine projects. In the oil and gas industry, there are good operators and bad operators, and BP is demonstrably proven to be callously inept. The 2010 Deepwater Horizon disaster killed 11 workers, spilt 780,000 cubic metres of oil over 61 days, referenced an emergency response plan from the Arctic and devastated fisheries and tourism along the Gulf Coast. That disaster was caused by a synergy of human and mechanical failures. Here and now, BP reported having spilt 136,000 litres of synthetic drilling fluid onto the Scotian Shelf by 2018—only two months after exploration began. BP is a corner-cutting capitalist corporation. They appear unwilling to invest in basic due diligence. Note, too, that they are drilling locally at nearly twice the depth of the Deepwater Horizon.

Federal and provincial governments, as well as the industry-run regulatory Nova Scotia Offshore Petroleum Board, have already consented to unacceptably risky corners in order to bolster BP’s private profit. In the case of a blowout, the nearest cap would be in Norway and take nearly two weeks to arrive. A substantial oil spill would devastate our pillar industries of fisheries and tourism. The argument in favour of such industrial projects is always jobs, but does it make sense to jeopardize multiple industries in favour of a few relatively short-term jobs? To sacrifice the fisheries and tourism industries for a handful of oil jobs is not . It is not even breaking even.

It is simply not worth the risk.

Given how many of us are unaware that BP is doing exploratory drilling near Sable Island, it is safe to say that the decision was not democratic. Prior and informed consent from stakeholders was not sought, and government and regulators are refusing to engage in bilateral discourse with the public. In regards to Treaty Rights, the government has willfully ignored that this coast is Mi’kmaq territory. They have not even heeded the findings of a reputable engineering disaster expert from California, Robert Bea, who found that “the likelihood of failure was a factor of 10 to 100 times higher” than was quoted by BP.

When our rural economic pillars are ruthlessly sacrificed in order to maximize the private profit of the ultra-rich, it’s clear that government and regulators serve only as the public face of the capitalist class. There is no democracy under capitalism, only expropriation and exploitation—but another world is possible. We need to work together in solidarity to imagine and invoke a sustainable and thriving future for our communities. In the meantime, we ask that you please support the Campaign to Protect Offshore Nova Scotia’s call for a public inquiry into the offshore drilling approval process.