The OBEY Convention celebrates 10 years with as intriguing, diverse and creative a line-up as ever. 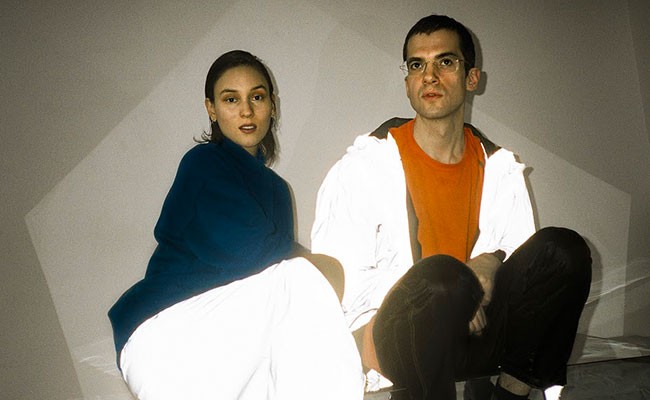 At the beginning of last year's OBEY Convention, current OBEY creative director Andrew Patterson stood in front of a crowd gathered in the Halifax Central Library to deliver a set of opening remarks. Among punks, seniors, library babies and intrigued onlookers, Patterson shared a few words about his experience teaching poetry workshops to high school students, an illumination that he says guides the work of OBEY Convention.

"A place of curiosity is the most important place that a mind can go," he said. "It's the place with the most potential, with the best chances of arriving at a new awareness, the place that holds the most openness."

OBEY, now entering its 10th year, has grown from a small happening of DIY shows to a celebration of curiosity in all of its forms. The festival presents artists from across genres and disciplines, united in their shared desire to push boundaries and chart new territory. It's a festival that reminds us of the thrill of encountering the unfamiliar and the empathy that such an encounter requires; taking in its four-day run feels as much like an exercise in trust as it does a journey of discovery.

In short, it's one of the most special weekends in Halifax. And to mark OBEY's 10th year of holding space for outsiders and others, we asked three of this year's featured artists to reflect on how their practices—like the festival itself—invite curiosity and interrogate the possibilities of creativity.

For Elysia Crampton, a California-based multi-disciplinary artist and producer, music-making is a process of turning "our weaknesses into strengths." In both her music and reflections, Crampton concerns herself with asking questions rather than offering fixed answers: "I'm terrible at things like proper execution, making solid objects and not being messy," she says. Her dance music is made to be experienced by the body while calling to mind the histories of oppression that continue to shape how bodies like hers—Aymara, transgender—interact with the world. In this way, Crampton's project feels at home within OBEY's exploration of alternative possibilities; she speaks of creative curiosity as a necessary form of resistance, as a way to challenge one's experience both within and outside of their "civic document of flesh."

"I believe the site of imagination is a battle ground," says Crampton. "Our ability to dream, to imagine otherwise is a powerful act of conjuring possibility, or perhaps remaining in contact with realities that have been refused or denied. In this way sometimes I think it's more about an attendance to things rather than an act of creation, a way of attending to something that has always been there, but is occluded by the powers that be, or discarded by the modes of logic and reasoning that are taken as most fundamental and necessary."

Pelada—the Montreal/Berlin project of producer Tobias Rochman and singer Chris Vargas—makes magic with unlikely pairings: Uncompromising beats and dizzying synth melodies, Spanish lyrics delivered with a fierce yelp. Listening to Pelada feels intentionally challenging; the duo's music is both intellectually stimulating and physically immediate, disorienting for the ears in the same way that optical illusions are for the eyes. Rochman, who worked on OBEY during its first few years, says bringing Pelada's weighty house music to this celebration of curiosity for its 10th anniversary feels like a homecoming of sorts.

"Planting those seeds of curiosity is invaluable," he says. "you never know who's coming to these shows and what they're going to be doing in 10 years...I'm glad that the festival is coming from the right place: there are these principles that are agreed upon, and from there the music festival starts."

Vargas shares a similar sentiment, and emphasizes the centrality of curiosity to both the magic of OBEY and their specific work together in Pelada.

"It's interesting to talk about curiosity because when I wanted to get into music, it was because I got to a point with visual arts where I wasn't exploring enough" says Vargas. "When music happened, it was very uncomfortable for me—I wasn't musically trained in any way. The mystery behind composing songs, playing drums or writing lyrics—all of that was very uncomfortable, and especially performing was very scary. There's truth to that, to explore things that you're unfamiliar with; you're not really sure how you're going to interpret or how you're going to react...It's important to be open and it's important to keep curiosity alive. You don't really know yourself until you're put into a position where it's unknown."

In Xuan Ye's eyes and ears, there is no time like the present. Based in Toronto, Ye's practice as an artist extends between genres and subject matter: Her interests vary from language and the "poetics of being" to sound frequencies and waves. The throughline that Ye identifies across her practice is a curious "mode of being" and an acute attentiveness to the present moment. Her appearance at OBEY Convention will fully embody this—Ye has no plans for her performance other than playing the piano and responding to the feeling of the room.

"It's like my body picks up different frequencies in the space, so in different situations or venues I'll just adapt myself to the present," she says. "It's rare to have the chance to play piano in most venues, so I'll definitely take this chance to play piano in the space. I'm not sure about electronic parts or anything else. I usually bring all of my gear with me then choose which ones I'll use in the present.

"Currently, in terms of form, my visual art and my music are very different," says Ye. "When I play music, it's mostly improvisation, and making [visual] art involves a lot of conceptualization. The connection between them, for me, is really this worldview that seeing and hearing are both manifestations of waves...Curiosity is like a mode of being—my mind is constantly attracted to my surroundings, and I have that inner desire to communicate with them. So the end goal of my curiosity is to internalize and push my own boundaries."

A look back at OBEY X