NXNE day 1: Sweating to the oldies with Wilson, Hatfield, Dando

If I could turn back time, I wouldn't.

Brian Wilson prefers to talk to the animals.

Proving that you can never fully leave The Coast or Halifax, I'm back blogging NXNE in Toronto. It's kind of like when you watch the TV credits and there's a "Special Guest Appearance by "insert D-lister name here." The kid actor whose name you can't remember, but the face looks a little familiar, only puffier. 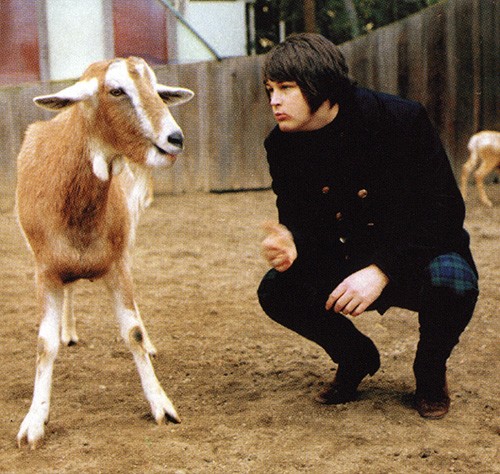 I'd never really considered Brian Wilson's genius until, ironically enough, I attended a launch in New York for a book of essays called Kill Your Idols, where music writers wanked on and on, ripping classic rock albums to shreds. I figured if a music writer felt compelled enough to write thousands of words why The Beach Boys' Pet Sounds sucked so badly, it was worth a closer listen. That's when I discovered the brilliance: deceivingly simple, rich layer upon layer. It is the blueprint for pop music. But seriously, why would anyone want to interview the notoriously reclusive, awkward artist? I applaud those who try, but maybe Wilson should be considered a wonder like Stonehenge, and leave it at that. It was a lovely idea to present him with the NXNE Lifetime Achievement Award, but to expect anything other than the shortest acceptance speech in the world was silly—I arrived at the ceremony as it was wrapping up, no time for cameras—but at least I also got a glimpse of the toujours handsome Jim Cuddy and Jessica Paré (Mrs. Don Draper). Her hair, dyed black and chopped to chin-length, was definitely 2011.

Day one was all about expectations. Depending on your festival approach, you can go for trendy sure things (e.g. Fucked Up owns this festival, and the city - I look forward to when mayor Damian Abraham takes power) or you can gamble a little. Australian musician and former Ben Lee back-up singer Washington was a wonderful surprise. Performing solo with a keyboard, the girl's got some classically beautiful pipes, as evidenced by the brave choice of closing her set with an a cappella number. Too bad it was so underattended - Juliana Hatfield was standing at the bar, and no one even noticed. 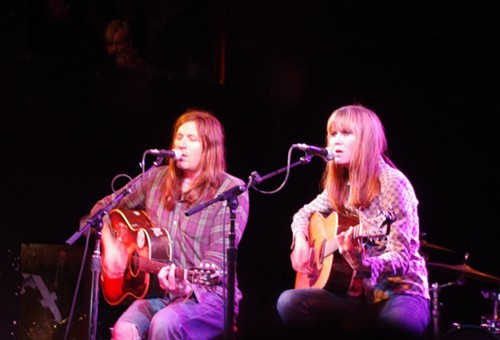 OK. Expectations. I've read some mixed reviews of Evan Dando & Juliana Hatfield's show last night, but whatwereyouexpecting? These two are like old friends from high school that you bump into at a party - you reminisce about the smoking pit, silently scrutinize each other's wrinkles, it feels good, and life goes on. Their voices still sound great together, he was wearing a clean plaid shirt and a grin, she attempted banter. He went with classics, she played solo songs "you probably never heard of," they closed with "My Drug Buddy" and it was over in 40 minutes flat. So fast, in fact, that Hatfield brought her purse on stage (not sure why these two weren't closing the night). As the crowd cheered for an encore, she came back out on stage, threw a pick to the crowd and said sorry, there was a tight schedule. It was awkward and weird, and I couldn't tell if she was blaming the crowd for wanting more, or NXNE for not giving them more time. Either way, she couldn't wait to get outta Dodge in a Dodge; a white van was waiting outside to whisk them away in such a hurry some poor dude from '90s band Rusty (also performing at NXNE, and who years ago opened for Hatfield), who stepped into her away for a reunion chat, got dusted.

I know everyone was wondering what to expect from Dando, but other than a few moments where I'm pretty sure I saw some brain neurons get zapped (he gets this amazing look on his face, like he's taking a ride on the great spacecoaster), he still makes me blush.