Statement from the NSCAD University Board of Governors below 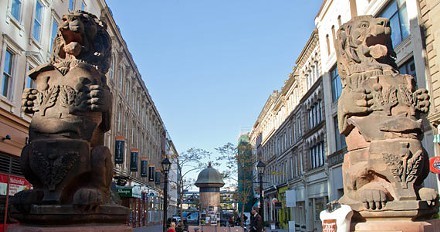 As reported today by AllNovaScotia.com, it was announced that NSCAD president David Smith will be stepping down, expected to leave May 15.

The March 31 deadline given by advanced education minister Marilyn More to come to a financial solution for the university's money troubles is still in effect.

Statement from the board below:

"On behalf of the Board of Governors I want to advise members of our university community that our president David B. Smith has announced he will be stepping down from his post at the end of this academic year. The board has respectfully accepted his decision.

In sharing his news with the board, David stated: “It is very gratifying for me to know that I have had the opportunity to contribute to shaping the present and future of NSCAD. Together we have faced many challenges over the years and this recent period has seen perhaps the greatest challenge to our institution. Our community of many stakeholders who believe as deeply in this institution as I, have come together offering multiple perspectives on how best to move forward through these turbulent times. I have done everything in my power to advance my perspective, and what I believe to be the core essentials that define this great institution. I feel both privileged and honoured to have served my alma mater to the best of my abilities over the last six years, and I remain firmly committed to working with the Board to submit a solid sustainability plan to the Minister of Labour and Advanced Education in the coming weeks that will ensure the autonomy and vitality of NSCAD for the next 125 years.“

All who have worked with David recognize the very positive contributions he has made to the university over the past six years. His leadership ensured an unprecedented high of $8.4 million in private donations (more than had been raised in the university’s previous 120-year history). His enthusiasm and advocacy for our school has directly led to a significantly greater appreciation in the community about the vital role NSCAD plays in the cultural, social, and economic vitality of this Province. His deeply held conviction in the power of creativity as force for change was instrumental in the development of such programs as the NSCAD Art in Schools Initiative and the soon to be launched Institute for Applied Creativity to name a few. David’s passion for NSCAD has been unwavering, and this is a key ingredient to our long term success as a leader in defining Canada and Nova Scotia’s contribution to and reputation in fine arts and creativity. David has led NSCAD through times of significant change and challenge, and together we have accomplished great things. On behalf of members of the university community I thank David and wish him every success in his future.

The board will strike an ad hoc committee to select an interim president, and will also be initiating a presidential search process that will involve representatives from the many constituencies we serve.

The board, with the support of administration, will be moving forward to complete the sustainability plan, which we plan to present soon to the government.