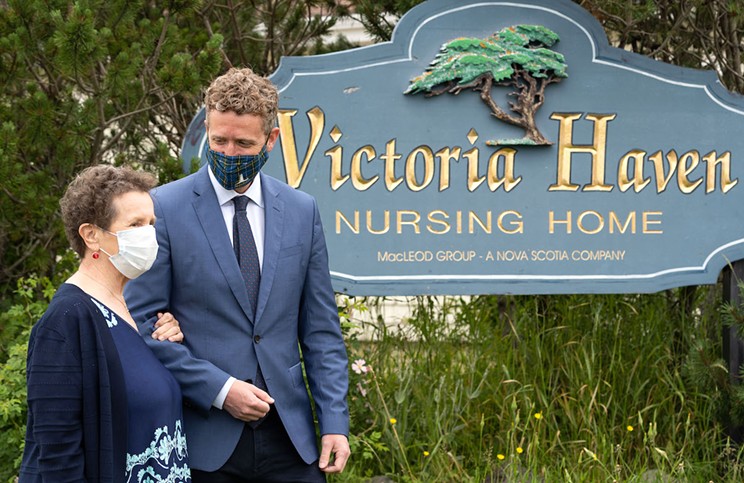 In a Friday morning announcement at the Victoria Haven nursing Home in Glace Bay, which was streamed live on Facebook, Rankin said he’s determined to change the face of long-term care in Nova Scotia.

“This support will help rejuvenate the sector, ensuring our loved ones are well cared for today and into the future,” he said. The province will spend $96.5 million across 17 facilities, anticipating the first of these renovations will be done sometime in 2026 or 2027. This is the second long-term care upgrade announced this year. In January the province announced it would add 236 beds, which are expected to be ready sometime in 2024 or 2025.

Long-term care has been under the microscope following the high number of COVID-19 deaths occurring in provincial homes, particularly Northwood in Halifax where 53 people died. Repeated calls were made for public inquiry into the outbreak, but instead the province called for a review under the province’s Quality-improvement Information Protection Act which meant only recommendations were made public—permanently keeping findings from the investigation under wraps.

Gary Burrill and Tim Houston seem to agree this long-term care project is too little too late. The NDP leader said in a statement that after years of inaction on adding beds, this funding still means years of waiting for residents.

PC leader Houston said the amount of new beds added over the past year does not make a dent in improving access to care. The province reported 1,292 people waiting for a long-term care spot in March 2021.

“This is a cynical political move for Iain Rankin to try to get elected, and it doesn’t scratch the surface of what’s needed to fix our long-term care system,” Houston said in a statement.

• $792,000 to hire nine permanent full-time employees to oversee and support the projects

The 17 facilities getting upgrades are: